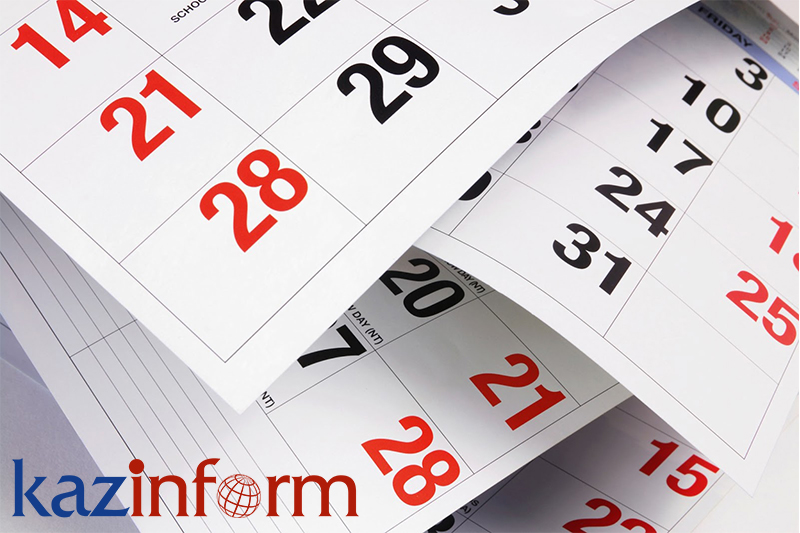 NUR-SULTAN. KAZINFORM Kazinform's Timeline is the one-stop shop where you can learn about historical events for the 11th of May. See what notable events happened throughout Kazakhstan's history on May 11.

World Fairtrade Day
This Day organized by the World Fair Trade Organization is celebrated annually on the second Saturday of May.

World Migratory Bird Day
It is celebrated every year on the second Saturday and Sunday of May. The establishment of this day followed the signing of the International Convention for the Protection of Birds in 1906.

Astronomy Day
It is celebrated twice a year - in spring and autumn. This holiday unites professionals, whose work is associated with astronomy, and enthusiastic astronomers, for whom observation of heavenly bodies is just a hobby.

1996 - The Presidents of the Islamic Republic of Iran and the Republic of Kazakhstan ink a Joint Statement on the Caspian Sea, emphasizing that the sea itself and its resources belong to the littoral states.

1998 - The Arlan Special Forces Unit is created within the system of internal affairs bodies of Kazakhstan.

2010 - An office named after the former President of the Republic of Azerbaijan, Heydar Aliyev, opens at the L.N. Gumilyov Eurasian National University.

2012 - The Museum Week is announced in Kazakhstan.

2013 - Presidents Nursultan Nazarbayev of Kazakhstan and Gurbanguly Berdimuhamedov of Turkmenistan participate in the opening ceremony of the Bolashak (Kazakhstan)-Serkhetyaka (Turkmenistan) Railway Crossing.

2016 - Yerzhan Kazykhanov, Ambassador Extraordinary and Plenipotentiary of the Republic of Kazakhstan to the United Kingdom of Great Britain and Northern Ireland, presents British architect Norman Foster with the State Peace and Progress Prize of the First President of the Republic of Kazakhstan - Leader of the Nation in recognition of his outstanding contribution to the development of architectural art, strengthening peace and friendship, and mutual trust between the two nations.

2018 - In Tashkent, the International Turkic Academy makes a presentation of a collection of works by Magzhan Zhumabayev in the Uzbek language (translated by writer Muzaffar Ahmad, who was awarded the Academy medal for the great work done).