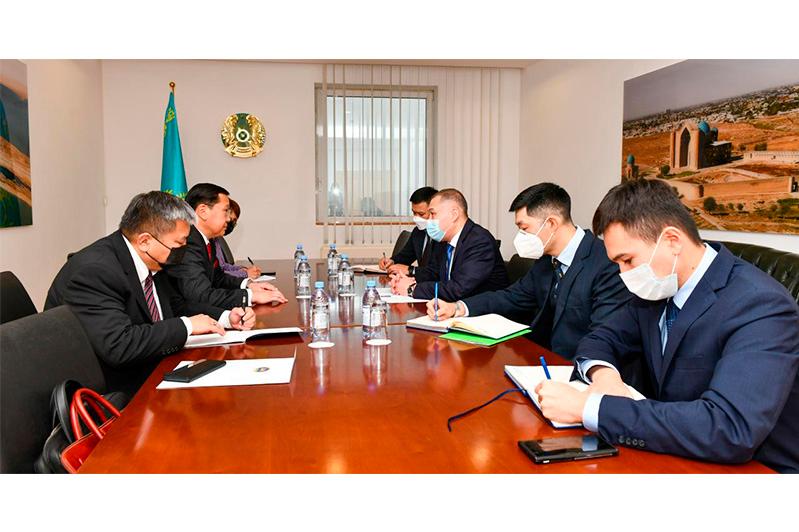 NUR-SULTAN. KAZINFORM - First Deputy Minister of Foreign Affairs of the Republic of Kazakhstan Shakhrat Nuryshev met with the Ambassador of Mongolia to Kazakhstan Dorzh Bayarkhuu, who handed him copies of his credentials, Kazinform has learnt from the press service of the Kazakh MFA.

During the meeting, the sides discussed the current state and prospects of bilateral cooperation, interaction within the framework of regional and international organizations such as the UN, CICA, etc. The interlocutors noted the positive dynamics of trade and economic relations between the two countries this year.

Nuryshev congratulated the Mongolian diplomat on his appointment and wished him success in his activities for the benefit of the development of relations between the two countries. 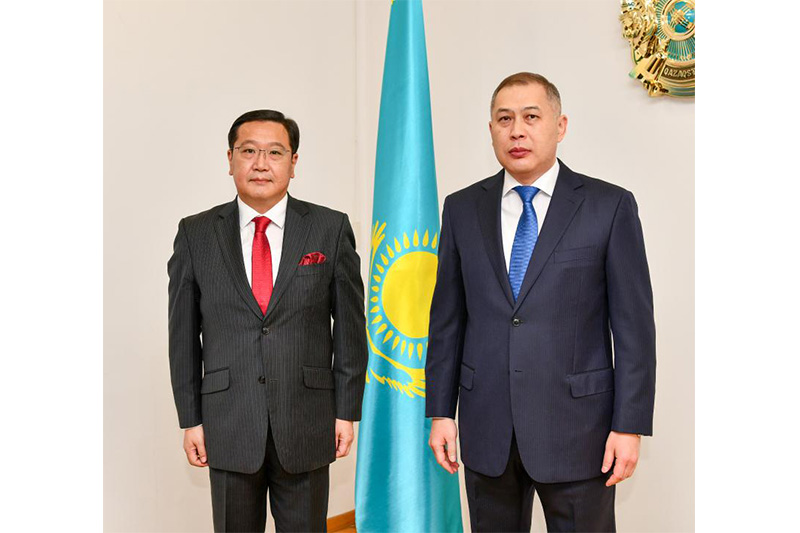 Kazakhstan to raise excises on heated tobacco products and cigarettes

Aktobe region to attract over KZT 900 bln of investments
News from dashboard.idealmedia.com
Popular