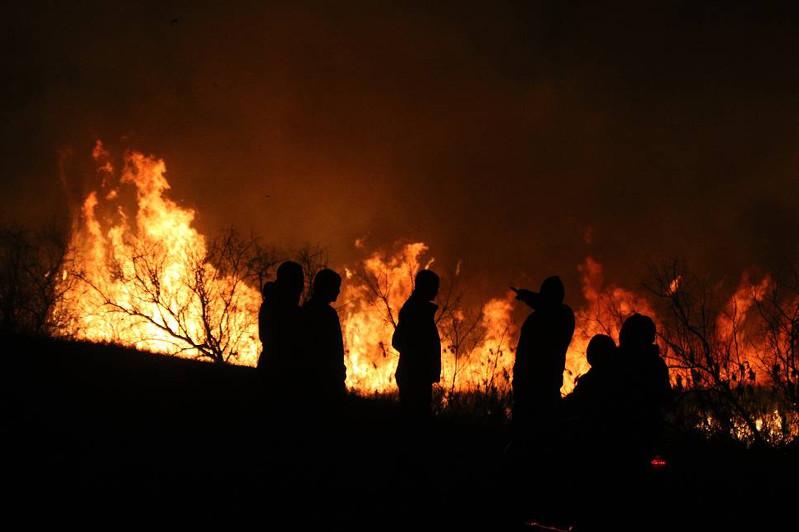 SIMFEROPOL. KAZINFORM - The area of a wildfire that broke out on Thursday in Crimea’s mountainous terrain has exceeded 50 hectares, the press service of the regional Emergencies Ministry department told TASS on Friday.

«According to the latest information, it [the area on fire] is 52 hectares. Five hundred people and 62 vehicles, including a helicopter and a Be-200 amphibious plane, are fighting the blaze. There are plans to organize an overnight operation. We hope that the fire will soon be declared to be contained,» a press service official said.Winds that complicated the fire-fighting efforts had ceased by Friday morning, the official added.A fire was reported on November 14 at 13:30. The Emergencies Ministry, the Defense Ministry and Russian National Guard troops fitted with special equipment, as well as a Mi-8MTV helicopter and a Be-200 amphibious plane were engaged in combating the fire. Winds of up to 17 m/s and terrain characteristics complicated the effort.