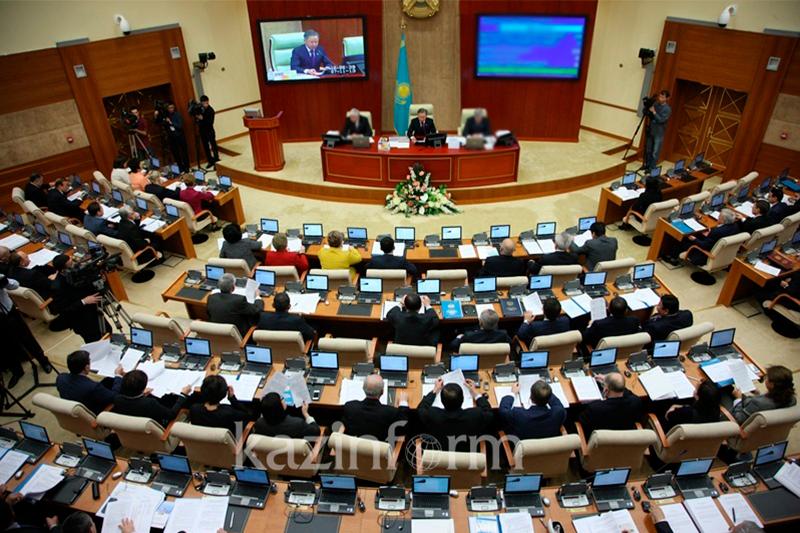 ASTANA. KAZINFORM - Deputies of the Majilis agreed with the Head of State's proposals with respect to enhancing the protection of the property rights of citizens in a bill submitted on 28th December to the Head of State for his signature, Kazinform correspondent reports.

During a plenary session of the lower house, Deputy Head of the Kazakhstan Presidential Administration Aliya Rakisheva highlighted that on December 27, 2018, the Parliament of the Republic enacted the Law "On the Introduction of Amendments and Additions to Certain Legislative Enactments of the Republic of Kazakhstan on the Enhancement of Property Rights Protection, Arbitration, the Optimization of the Judicial Caseload, and the Further Humanization of the Criminal Legislation," which was submitted on 28th December to the Head of State for his signature. The law is aimed at the implementation of the President's State-of-the-Nation Addresses delivered on January 31, 2017, and October 5, 2018.

"In general, the President expresses support for this Law. However, he considers it necessary to retain certain existing provisions of the legislation on guarantees of citizens' property rights, which are excluded by the Law adopted. Taking the foregoing into consideration, in accordance with Subparagraph 2 of Article 44 of the Constitution of the Republic of Kazakhstan, the Head of State proposed to exclude subparagraphs 5 and 6 of Paragraph 2 of Article 1 of the Law," Aliya Rakisheva emphasized.

The MPs unanimously agreed with these objections.