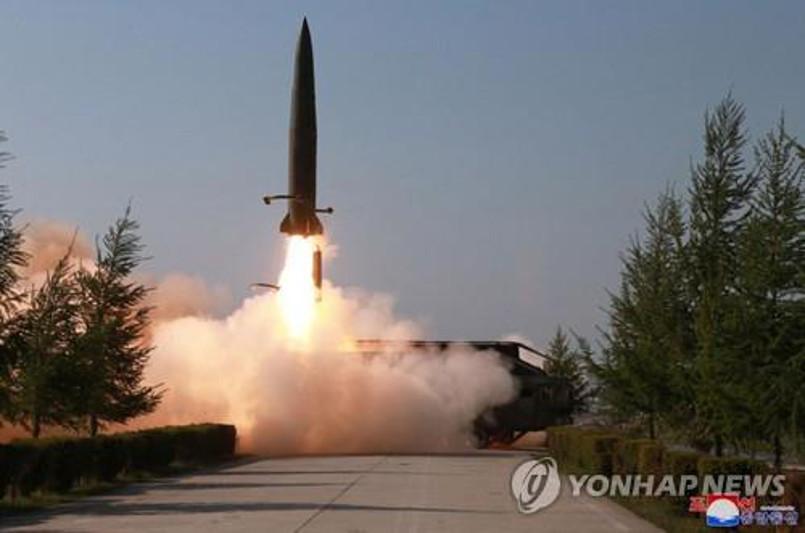 The incident came amid growing uncertainty over the prospects for working-level talks that the leaders of North Korea and the U.S. agreed to hold in the near future when they met at the inter-Korean border last month.

«(The North) fired one short-range missile at around 5:34 a.m. and the other at 5:57 a.m., from Hodo Peninsula near its eastern coastal town of Wonsan into the East Sea,» the JCS said.

One missile flew around 430 kilometers and the other appeared to travel a bit farther based upon an analysis by the United States, a JCS officer said, adding that both flew at an altitude of around 50 kilometers.

They were presumed to have been fired from a transporter erector launcher (TEL) and landed in the East Sea, the officer noted.

«We believe that (North Korean leader) Kim Jong-un has recently stayed in the region, and summertime military drills are now under way in the North. We have been closely monitoring the situation,» he noted.

More analysis is needed to verify if they were ballistic missiles or not and whether they were the same type of short-range missiles that the North test-fired twice in May, according to the officer.

«Our military is closely monitoring the situation in case of additional launches while maintaining a readiness posture,» the JCS said.