No problem until 1 hour before fire at Okinawa castle: manager 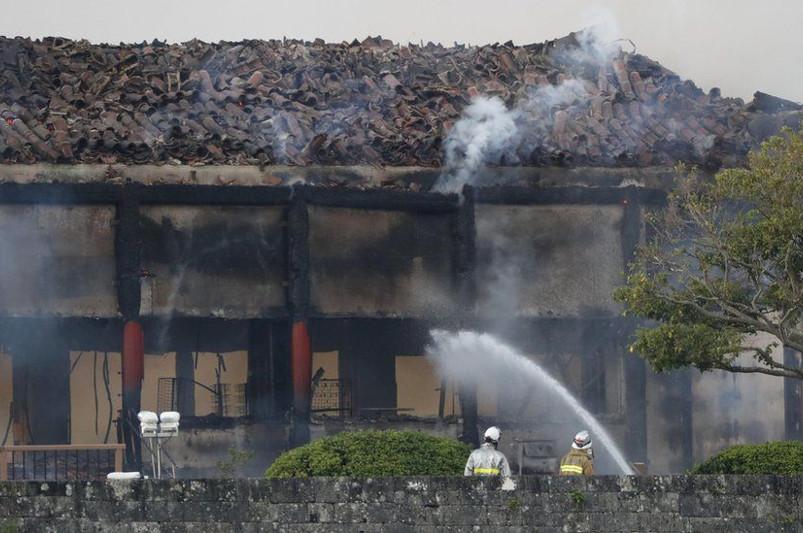 NAHA. KAZINFORM - Police and firefighters on Friday began investigating a fire that destroyed Shuri Castle, a symbol of Okinawa located at a World Heritage site, with the manager stating there was nothing unusual an hour before the alarm sounded, Kyodo reports.

The fire that started around 2:30 a.m. Thursday engulfed seven wooden buildings, occupying a total of more than 4,000 square meters on a hill overlooking the prefectural capital Naha, before it was extinguished around 1:30 p.m. There were no reports of injuries.

As around 100 local officials entered the site in the morning, smoke was still rising from the burned down Seiden main hall, where the authorities suspect the fire started.

Thursday's fire engulfed the restored buildings of the Seiden hall, the Hokuden north hall and Nanden south hall, at a time when a festival recreating scenes from ancient rituals was being held at the castle since Sunday.

The city's fire department said the castle's heat detectors notified them of the fire at 2:34 a.m. Thursday. 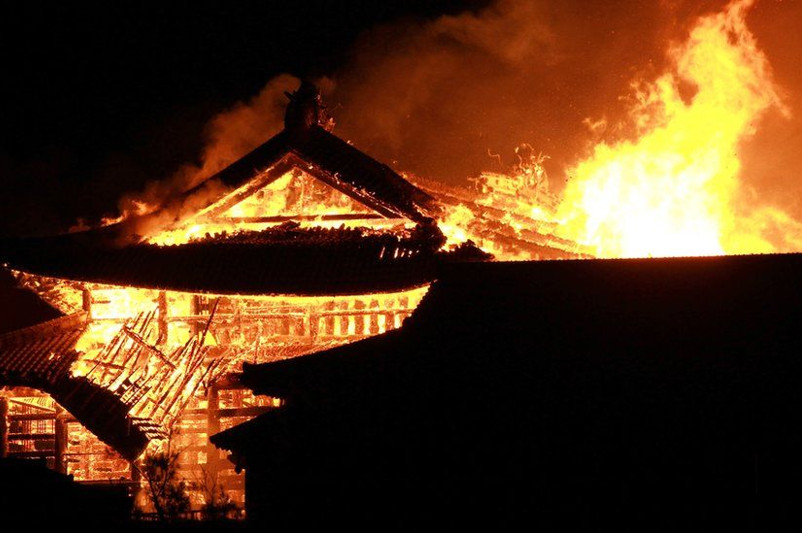 The grounds had been checked an hour before, but security guards found nothing wrong, Okinawa Chura Shima Foundation, which manages the castle, said Friday at a press conference.

Aside from the heat detectors and seven security cameras, no other electrical machinery was active that night, a foundation official said.

Around 70 staff related to the festival were on the premises, with workers installing lights and other equipment nearby, until they all left just before one of the security guards made his rounds.

Some of the event's props were left in the main hall, according to the local officials.

While the buildings were equipped with fire alarms and extinguishers, they did not have sprinklers as their installation is only mandatory at accommodation facilities.