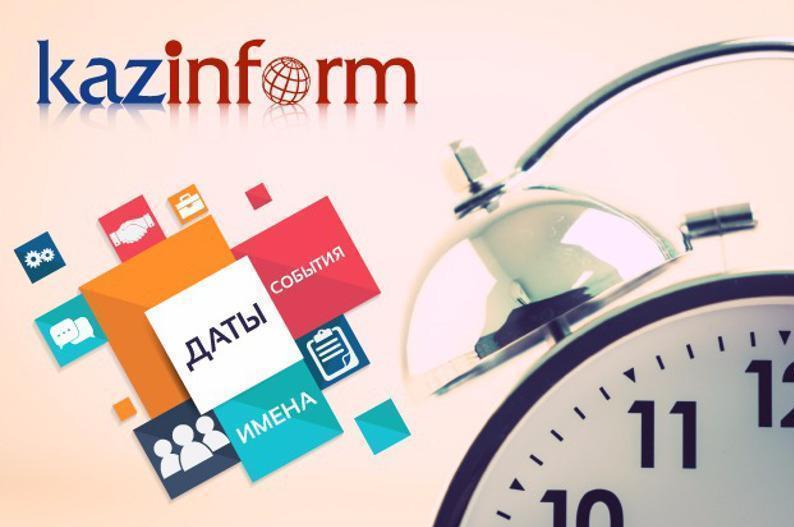 NUR-SULTAN. KAZINFORM - Kazinform's Timeline is the one-stop shop where you can learn about historical events for the 23rd of November. See what notable events happened throughout Kazakhstan's history on November 23.

1992 - Kazakhstan and Uzbekistan establish diplomatic relations. 2007 - President of Kazakhstan was awarded the highest award of Hungary, the Grand Cross with Chain, for widening and deepening ties between Kazakhstan and Hungary. 2010 - The cancellation procedure of a miniature sheet of three postage stamps dated to the OSCE Summit takes place at the Kazakh Foreign Ministry. 2010 - The first annual social prize Samghau was established in Kazakhstan to award disabled people for their outstanding achievements in sphere of culture, sport, education and social activities.

2010 - Kazakh scientists produce the first micro-clones of Almaty Aport apple trees. The areas for growing that variety of apples are in the foothills of Alatau at heights of 1,000 to 1,200 meters above sea level.

2016 - At the joint session of both Chambers of the Parliament of Kazakhstan deputies adopt the Declaration of the 25th anniversary of Kazakhstan's Independence.

2018 - Timur Dossymbetov, a multiple winner and medalist of the Soviet and international competitions, was included in the Hall of Fame of Union Internationale de Pentathlon Modern for his contribution to the development of pentathlon in Kazakhstan. He has been a world-class pentathlete, repeatedly winning major international competitions, a great sports politician, and a man for friendship and with vision. He was awarded the title of Honoured Master of Sports and served UIPM as a member of the UIPM Technical Committee and the Executive Board as UIPM Member for Development. Over the 70 years of the UIPM only 15 people have been included in the Hall of Fame.