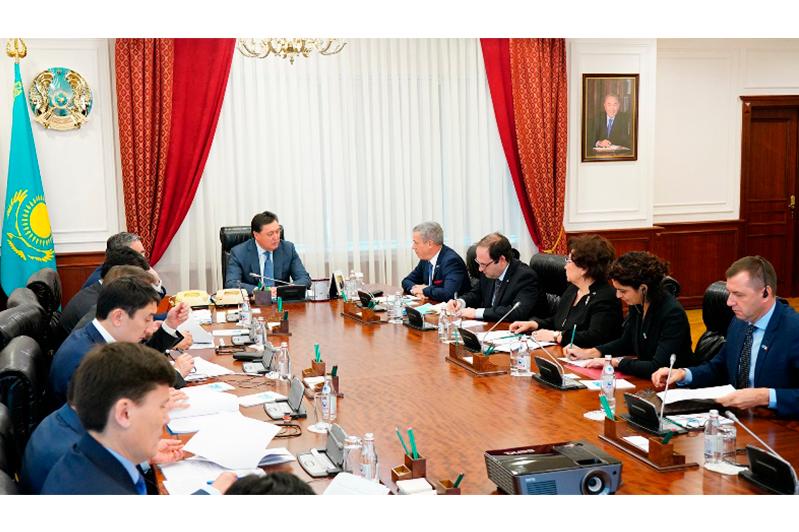 «France is one of the key partners of Kazakhstan in Europe. Our investment and trade-economic cooperation develops actively. French companies are working in energy, agricultural, engineering and other sectors of Kazakhstan,» Askar Mamin said at the meeting.

In 9 months of 2019, commodity turnover between Kazakhstan and France rose by more than 6% and reached $3.4bn. The volume of direct investments from France to Kazakhstan increased by more than 24% and made $537mn.

As many as 230 Kazakh-French joint enterprises are operating in various spheres of Kazakhstan including such large transnational corporations as Total, Orano, Alstrom etc. In the years of independence, French companies have invested over $16.4bn in Kazakhstan economy.

The meeting discussed the issues of strengthening the mutually beneficial cooperation between the two countries’ business structures and implementation of new joint investment projects in Kazakhstan.