Police in Georgia use water cannon to disperse protesters outside parliament 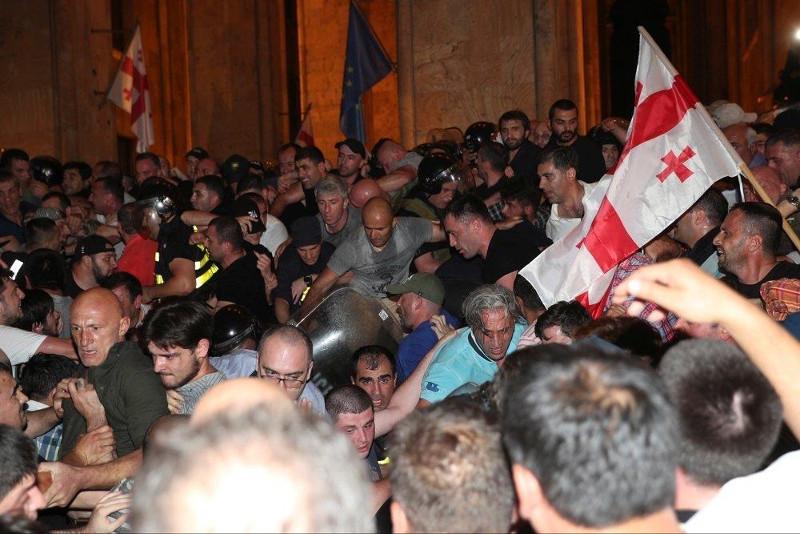 Demonstrators, who were standing in front of entrances to the parliament, were forced to disperse.

Giorgi Vashadze, one of the opposition leaders, told reporters that several people, including one opposition politician, were detained by police.