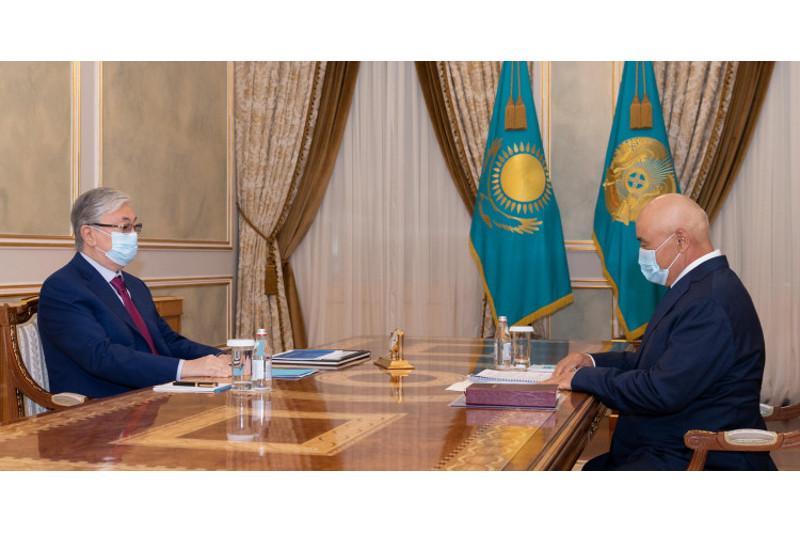 The Head of State heard a report on socioeconomic development of the region, measures taken to improve wellbeing of the population as well as the coronavirus situation in the region.

Governor Shukeyev briefed Kassym-Jomart Tokayev on the consistent work to fight the coronavirus infection, strict observance of sanitary and epidemiological regulations, and vaccination of the population. He revealed that there are plans to vaccinate up to 1 million people in the region. Some 200,000 residents of the region have already been inoculated.

According to the governor, Turkestan region is in the ‘green’ zone and that has allowed to lift certain curbs.

Turkestan region turns three years in 2021 and governor Shukeyev continued by informing the President of the work done during that period. Utmost attention was paid to the development of the regional center. According to Shukeyev, over 250 projects have been implemented and 445 billion tenge worth of investment has been attracted to the region.

Umirzak Shukeyev also spoke in detail about the projects that are to be implemented in the region in the nearest future.

In conclusion, the Head of State instructed governor Shukeyev to update the comprehensive development plan of Turkestan region for 2018-2024 together with the Government.