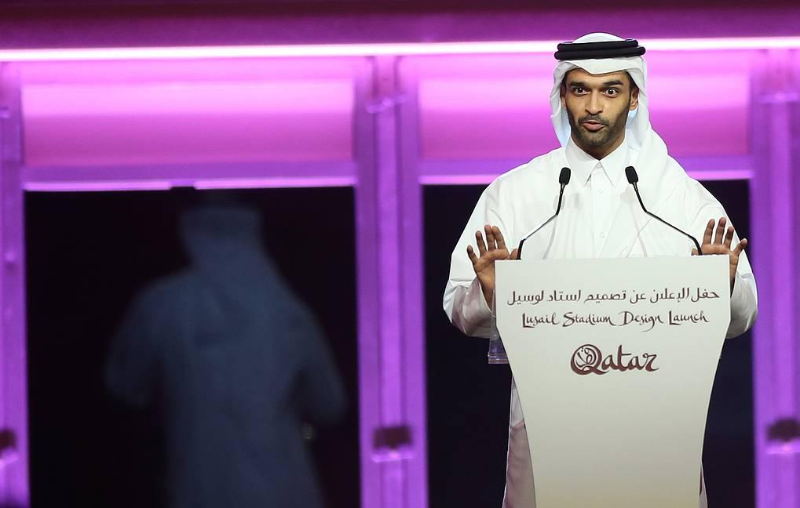 MOSCOW. KAZINFORM Over 180 staff members of the local organizing committee of the 2022 FIFA World Cup in Qatar, who went to Russia for the 2018 FIFA World Cup, are involved in the organization of the global football championship in Qatar, Secretary General of the Supreme Committee for Delivery and Legacy (SC), H.E. Hassan Al Thawadi, told TASS on Tuesday.

«Qatar is committed to learning from previous FIFA World Cup tournaments,» Hassan Al Thawadi said in an interview with TASS. «We attend as many international matches and tournaments as we can.»

«For the 2018 FIFA World Cup in Russia, Qatar sent over 180 personnel that will be involved in delivering the tournament in 2022,» he continued. «Some were observers, others were shadowing their counterparts in the Russian Local Organizing Committee, while some performed an active role as secondees with FIFA.»

«In October of 2018, a delegation from Qatar also attended a 2018 FIFA World Cup debrief at FIFA headquarters in Zurich, Switzerland, to hear lessons learned from the final tournament before the event heads to the Arab world for the first time,» he added.

Asked by a TASS correspondent whether Qatar intended to use Russia’s innovative Fan-ID system during the 2022 FIFA World Cup, Hassan Al Thawadi said that «Given the success of the FIFA Fan ID during the 2018 Russian World Cup, Qatar is looking into the options of also implementing this strategy.»

Russia came up for the 2018 FIFA World Cup with an innovation, the so-called Fan-ID, which was required for all ticketholders. This innovation was successfully tested during the 2017 FIFA Confederations Cup in Russia and earned high marks from the world’s governing football body of FIFA.

A Fan-ID holder was allowed to enter the country without having a Russian visa and stay for the duration of the global football tournament. Fan-IDs were obligatory, in addition to purchased tickets, in order to attend matches of the 2018 World Cup tournament in Russia.

Russia hosted its first-ever FIFA World Cup in 2018, which kicked off in Moscow with a remarkable opening show at Luzhniki Stadium on the evening of June 14, 2018 and ended with a spectacular final match, played also at the Luzhniki Stadium, where France confidently defeated Croatia 4-2 to win the much-coveted World Cup Trophy.

The championship was organized at 12 stadiums in 11 cities across Russia, namely in the cities of Moscow, St. Petersburg, Sochi, Kazan, Saransk, Kaliningrad, Volgograd, Rostov-on-Don, Nizhny Novgorod, Yekaterinburg and Samara.

FIFA President Gianni Infantino said after the world championship that Russia had staged «the best World Cup ever.» In late December 2018, FIFA announced in its statement that the World Cup in Russia set a new record as far as audiences go in the history of world football championships since over half of the world’s population watched the matches on TV at home, out of home or on digital platforms.

In March 2015, FIFA officially announced that the 22nd edition of FIFA’s flagship event would be played in November and December 2022, with the final match set for December 18, 2022 — Qatar National Day — and with the objective, in principle, of holding the tournament for 28 days.

«This World Cup is already special — the first in the Middle East and Arab world, and the second in Asia. Now, there is an extra layer of expectation and an opportunity to provide billions of people with an unforgettable, feel-good moment,» Hassan Al Thawadi told TASS on Tuesday.

«In many ways, I believe Qatar 2022 has become even more important due to recent events. Sport — and particularly football — has the potential to bring people together in a post-COVID-19 world,» he added.