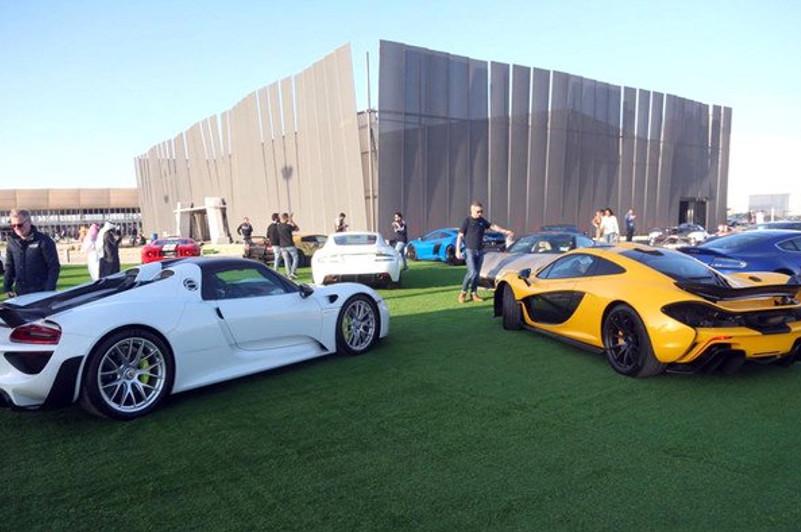 RIYADH. KAZINFORM: Riyadh Car Show, a unique exhibition featuring more than 1,200 classic and rare cars, attracted thousands of enthusiasts to Janadriyah on the northern outskirts of Riyadh, Kazinform has learnt from Arab News.

The show, part of various activities and entertainment shows presented by Riyadh Season, was officially opened on Thursday by Turki Al-Sheikh, chairman of the General Entertainment Authority (GEA) and the season’s president.

It will run until Nov. 26 from 12 p.m. to 12 a.m. exhibiting new, rare, historic and classic cars, Basem Al-Madfaa, project coordinator of the GEA told Arab News.

The exhibition made headlines on the opening day when Brazilian footballer Ronaldinho became the first person to buy a car at the show, choosing an Aston Martin Rapide AMR.

Some of the names at the show include the flying carmaker PAL-V, the iconic British Aston Martin, Italy’s Ferrari, iconic French carmaker Bugatti, and the star attraction, the «GFG Car 2030.»

The futuristic electric car was unveiled by Al-Sheikh, and auctioned at the show for SR3.2 million ($854,489) on Saturday.

The black and green supercar was manufactured especially for the Riyadh Car Show, a GEA coordinator said.

«The only one of its kind in the world, the idea was inspired by Saudi Vision 2030 and its great success in all fields,» a tweet by the GEA said.

Thousands of visitors can view an array of cars and other heavy vehicles hosted by the Global Auto Salon, said the official.

Speaking to Arab News, Ahmed Jamal, a visitor at the rare car show, said: «I came from Jeddah especially for this car show, I am a car enthusiast. I have worked with Jaguar, the luxury vehicle brand of Jaguar Land Rover, for five years now. To me this show is fantastic, and perhaps the biggest car show not only in the region but worldwide.»

Mohammed Chaarani, a sales manager at Aston Martin, said: «This is an amazing show with an incredible number of cars.

«For Aston Martin we have a few special cars that we are displaying, which include our first SUV, DBX, a new kind of Aston founded on the principles of beauty, luxury and driving dynamics.»

Marco van den Bosch, vice president and CCO for Western Europe at PAL-V, said: «It (the PAL-V) is the first flying car, a combination of a full operational car and a gyroplane.

«This car gives the choice of flying and driving depending on mobility. We need a small runway to take off, but it is a safe way of flying with two engines — if we have an engine failure the other engine will be used, and it will float like a parachute.

«The time taken to turn from car to gyroplane is three minutes,» he added.