SEEC meeting kicked off in Yerevan 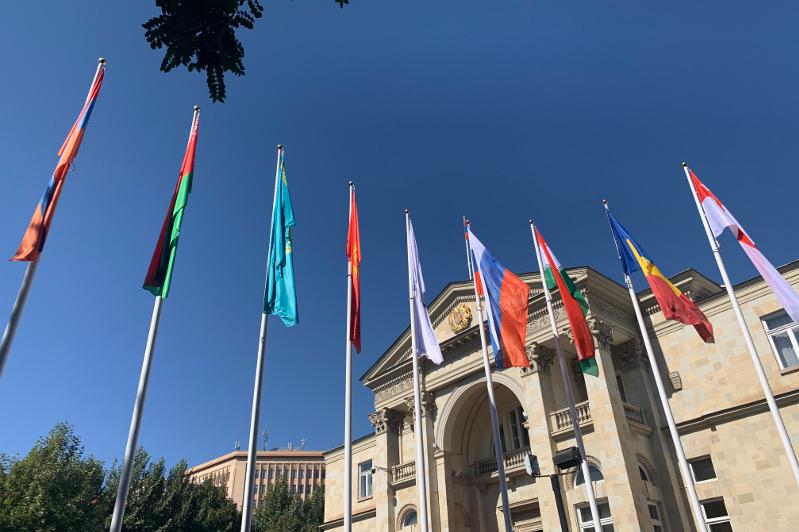 YEREVAN. KAZINFORM The capital of Armenia is hosting now the meeting of the Supreme Eurasian Economic Council, Kazinform correspondent reports.

President of Kazakhstan Kassym-Jomart Tokayev, President of Belarus Aleksandr Lukashenko, President of Kyrgyzstan Sooronbay Jeenbekov, President of Russia Vladimir Putin, Prime Minister of Armenia Nikol Pashinyan and Chairman of the Board of the Eurasian Economic Commission Tigran Sargsyan are participating in the event.

President of Moldova Igor Dodon was invited to the meeting as the head of the observer state. President of Iran Hassan Rouhani and Prime Minister of Singapore Lee Hsien Loong are the honorary guests at the event.

The heads of state will discuss the relevant issues of the EAEU development, the priority issues of interstate cooperation within the Union. The will also sum up the preliminary results of the EAEU’s work and will exchange views on the prospects of integration cooperation for the nearest outlook. The presidents will also debate the issues of establishment of the Free Trade Zone with Iran.

The meeting will also adopt the EAEU budget for the oncoming year, a number of decisions on harmonization of legislation in the field of transport and energy as well as the Concept of Formation of the common EAEU market and its main areas as a result of which a supranational structure will be established in Almaty by 2025.

The key issue of the agenda is signing an FTZ Agreement between the EAEU and Singapore which will let the EAEU states get an access the ASEAN countries with the population of 600mn people.