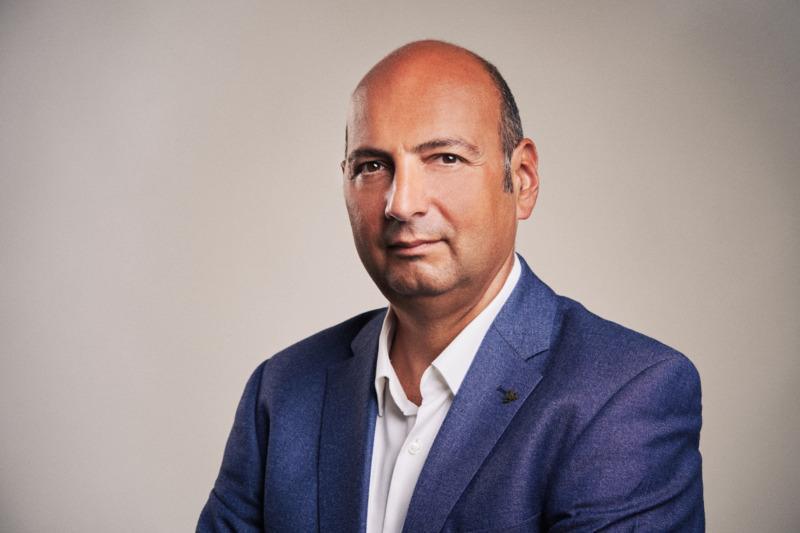 NUR-SULTAN. KAZINFORM - From year-to-year, the «Academy of Soloists» glorifies the art of Kazakhstan all over the world. During its almost 30-year history, the orchestra has found its audience in many countries. Two years ago, a new location was added to this list - Malta - which marked the beginning of a new musical history, Kazinform reports.

The 2020-2021 Covid-19 lockdown led me through all the stages of acceptance: from frustration, fear and even panic, to a very clear plan for work, putting things in order in the house, and taking care of all those matters which I never had enough time for before. Sorting through some folders with documents, I came upon a colorful booklet from two years ago, and memories immediately began flooding in, since in the spring of 2019, literally a year before the pandemic, I was in Malta at the IX International Music Festival InClassica - one of the largest classical music festivals in Europe. I was invited to attend as an accompanying journalist so as to cover the concerts of the State Orchestra of Kazakhstan «Academy of Soloists», which performed at InClassica as part of the «Cultural Days of Kazakhstan» project. The story of their performance in Malta was lost somewhere in the press in the form of post-releases and individual articles, but no one has ever published a proper full-fledged diary of the occasion. My laptop, however, is full of drafts and notes, along with tons of untranscribed interviews, comments and reviews. Now, I feel, is the perfect time to collect all these impressions of this trip into one big piece.

The festival, organised by the European Foundation for Support of Culture, has hosted some of the most famous orchestras and soloists from all over the world for many years. Receiving an invitation to InClassica is already a mark of recognition of the musical achievements for any orchestra, but the task of the «Academy of Soloists» was even more ambitious: namely to present its culture to the European public.

The orchestra had a new programme every day, performing under the baton of a different conductor each time. The Maltese and European audiences had never heard such music, with artists not only playing the music of well-known classics (Bach, Tchaikovsky, Shostakovich), but also introducing the audience to the works of Kazakh composers. In addition to concerts, lectures on the history and culture of Kazakhstan were also presented to the audience. 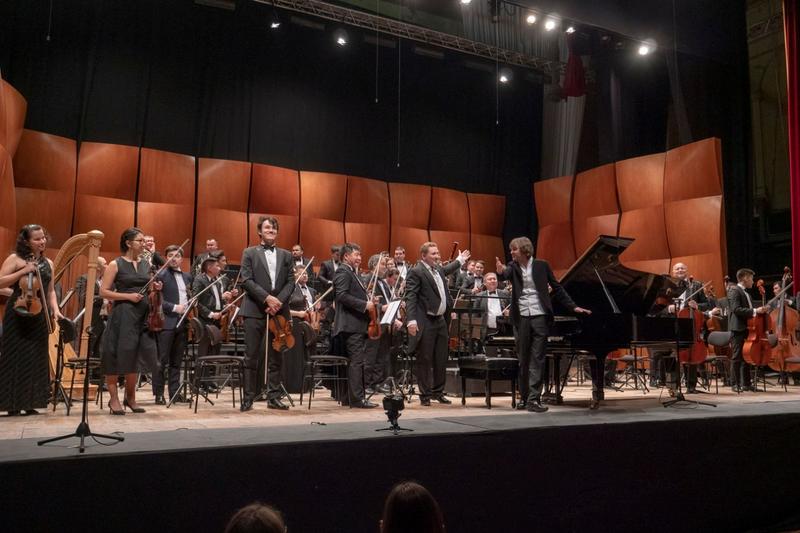 «From my notes: April 29, 2019. The State Orchestra «Academy of Soloists» opens the InClassica festival. On the first day, the musicians performed in Floriana in a chamber ensemble with guest soloists - a young talented violinist Katya Tsukanova, along with Moscow State Philharmonic Society soloist, and laureate of the International Tchaikovsky Competition, Hayk Kazazyan - conducted by the famous Italian conductor Gianluca Marciano.»

The concert programme of InClassica opened with the classics - J.S Bach and P.I Tchaikovsky. The orchestra has been playing the string serenade of the great Russian composer since its inception, but under the baton of the Italian maestro new colours and emotions were revealed, as the old-timers of the orchestra themselves admitted. The Italian maestro told me back then: «It is a great honor for me to open such a large festival. This is my first time participating in it, although I've heard a lot about it. The organisation is excellent here, with some of the biggest names in music taking part. It is an important, recognisable and respected festival in the international music community, and I am glad that I am opening it together with such a magnificent orchestra - the «Academy of Soloists» - and presenting such an illustrious project as the «Days of Kazakhstan Culture in Malta».

«May 2: the orchestra performs with maestro Mikhail Kirchhoff - Principal Guest Conductor of the Academy of Soloists. This time the musicians presented a suite from the ballet «The Steppe Legend» by the Kazakh composer Tles Kazhgaliev to the European public. The work of the national composer aroused genuine delight among the public. The suite became a sensation of the concert, and for an encore the musicians performed another composition by a Kazakh composer - «Folk Dance» from the ballet «Eternal Flame» by Serik Yerkimbekov.

From the audience’s raucous reactions, it became clear that the European public did not only appreciate the classics, but was also ready to receive Kazakh music with great interest and even enthusiasm.»

«We saw then how important and interesting it is to preserve the national culture, and moreover, to show and prove that every culture has a right to a serious, respectable existence. Ultimately, it is not only works by recognised great composers that should be performed, but also works by those composers who Europe may not know about, but who occupy their own unique place in music history. There are such riches, such deep and serious concepts inherent in these performances. Aiman Musakhodzhaeva (founder of the Academy of Soloists Orchestra - Ed.) has created a wonderful team. This is a big event for the festival, and a unique opportunity for Europe to experience such orchestras and works. I still remember the pride on the musicians’ faces, and the delight demonstrated by the listeners», recalls Orpheus radio host, and music critic Yossi Tavor, who was also present in the hall at that time.

«This performance still brings back warm memories», admitted Mikhail Kirchhoff. As a chamber orchestra, the group had already existed for 27 years at the time, travelled all over the world and performed at some of the most exclusive venues. Two years before the trip to Malta, by Presidential decree, the orchestra was expanded to a symphonic one, and it was in such a composition that it went on tour for the first time. For the first time in Europe, we have performed The Legend of the Steppe in full, a piece that is a real rarity, which we have specially prepared for this festival, studied from the composer's manuscripts. There was complete delight in the hall, since no one could have imagined how strong the school of composers is in Kazakhstan». 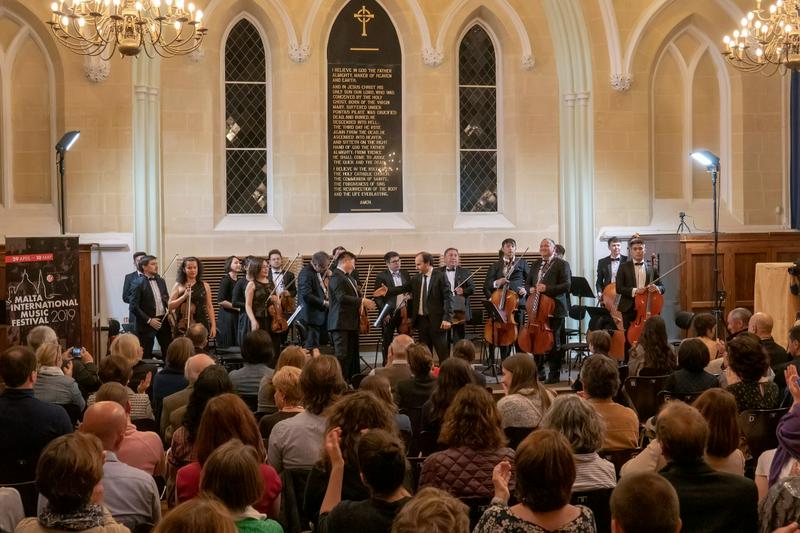 In addition to works by national authors Tles Kazhgaliev and Serik Yerkimbekov, the orchestra also presented a work by another contemporary composer – «Travel Notebook» by Alexey Shor. The piano section was performed by the soloist of the Moscow State Philharmonic Society, and laureate of numerous international competitions, Philip Kopachevsky. The author himself was present in the hall and shared his impressions. «A couple of years ago I was lucky to be in Kazakhstan and there I first heard this well-prepared orchestra. The musicians left me with the best memories. Today I was glad to hear the «Travel Notebook» performed by a wonderful soloist and orchestra», composer Alexey Shor expressed at the time.

The composer Serik Yerkimbekov was also at the concert. The audience greeted him with a thunderous ovation. «Serik Zheksembekovich, do you remember that in 2019 you were part of the delegation and represented the Cultural Days of Kazakhstan in Malta? What do you remember most vividly? «I remind the composer of this event. «I remember how happy I was that they played my little piece, that I introduced musicians and art lovers to my work. In general, I often remember that trip, because we not only brought our culture to Europe, but also enriched our musical experience, and became acquainted with the work of contemporary authors. In the same concert, I heard the music of Alexey Shor, which left a great impression on me. We got to know each other. I remember him as an amazing person, and a full-fledged, prolific composer who writes a lot of music», said Serik Yerkimbekov, Honoured Worker of the Republic of Kazakhstan.

Konstantin Ishkhanov, President of the European Foundation for Support of Culture: «I remember the Cultural Days of Kazakhstan at the festival in 2019 very well. I have been to Kazakhstan many times, our foundation has often held festivals there and the work of the State Orchestra of the Academy of Soloists and its founder, Aiman Musakhodzhaeva, is well known to me. I am very glad that our cooperation with musicians from Kazakhstan continued in Malta. The orchestra then showed us that it can play different music, and that it does so perfectly. I realised that the audience fell in love with this team.»

The Cultural Days of Kazakhstan in Malta came to a close on May 3rd with a concert that simultaneously brought together three centuries of classical music. The orchestra was conducted by Conrad van Alpen, artistic director and founder of the Rotterdam Symphony Orchestra. The maestro goes on tour all over the world, collaborating with orchestras from Russia, Great Britain, South Africa and China. He met with the group from Kazakhstan for the first time. I found his story about that concert in my recorder: «The programme is very diverse. It starts with Bach; we are talking about 1730. Then we jump more than 200 years ahead - to the piece by Shostakovich, which he wrote in order to play the piano with his son Maxim. And then we go back to the end of the 19th century - to Tchaikovsky, to romantic music. I like to draw out such contours of the programme, when people can be exposed to music of so many different genres all in one concert,»said Conrad van Alpen.

Pianist Julia Zilberquit performed with the orchestra in the final concert. The soloist performed Bach's Clavier Concerto in F minor and Shostakovich's Concertino for two pianos (having transposed it into a piano concerto with a chamber orchestra). For an encore, the audience heard Tchaikovsky once again - «Dance of the Sugar Plum Fairy» from the ballet «The Nutcracker».

«The performance of the Academy of Soloists Orchestra captivated the European audience. The musicians managed to leave a significant impact. They loudly declared themselves at the opening of the festival and maintained the audience's interest during all their performances- both with an excellent programme, as well as with the level of their professionalism. The orchestra presented three concerts within the InClassica Music Festival, introducing the European audiences to their national, original works. Of course, 2020 turned out to be a difficult year for all of us, and 2021 has also brought its own surprises, but we are planning new projects and look forward to a new meeting», said Konstantin Ishkhanov, President of the European Foundation for Support of Culture. 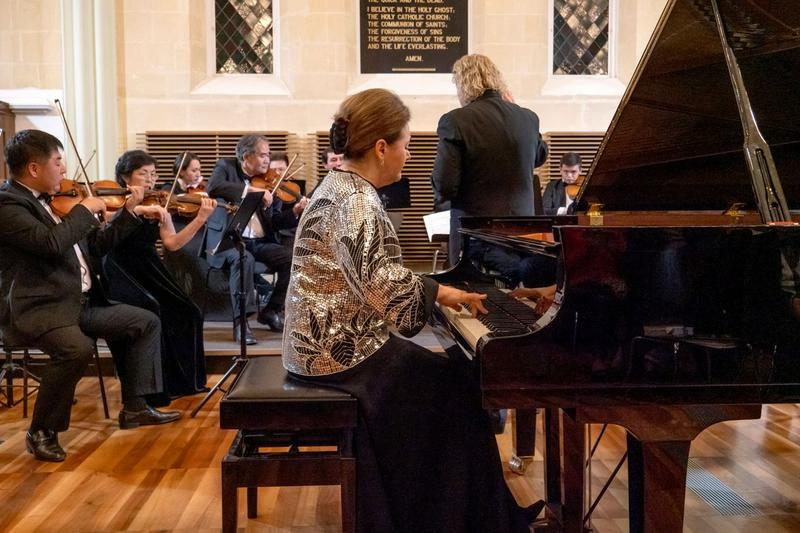 The performance in Malta was a great experience not only for the musicians themselves, but also for all members of the Kazakh delegation. Composer Serik Yerkimbekov spoke about building cultural ties: «Culture has no boundaries. We have seen this once again. Maltese culture is something new for us, and we have received tremendous joy from this contact with its unique history. But most importantly, we have presented our art. I think this is a great victory, it is a great contribution to our history and culture. Of course, Malta is such a paradise where nature has created all the conditions for the growth of beauty, but of course, without the human factor, prosperity would not have happened. I am immensely grateful to the European Foundation for Support of Culture, and personally to its President Konstantin Ishkhanov, because thanks to the efforts of all those involved, this festival of music took place». 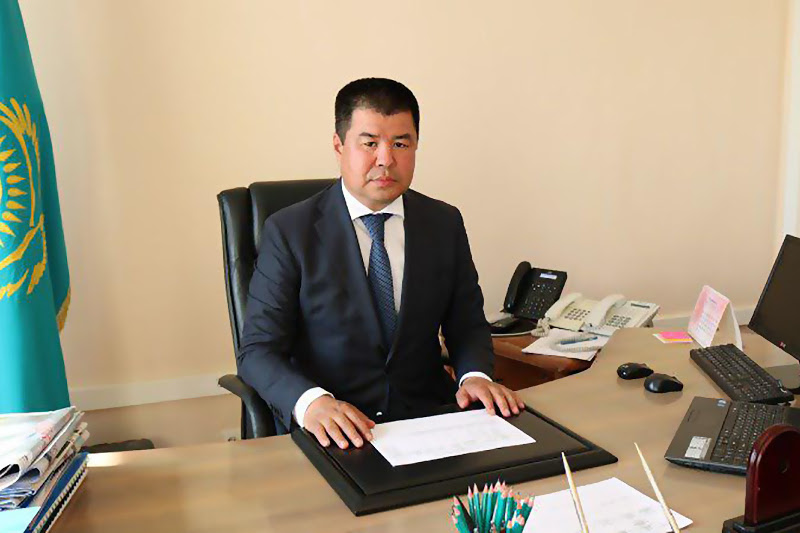 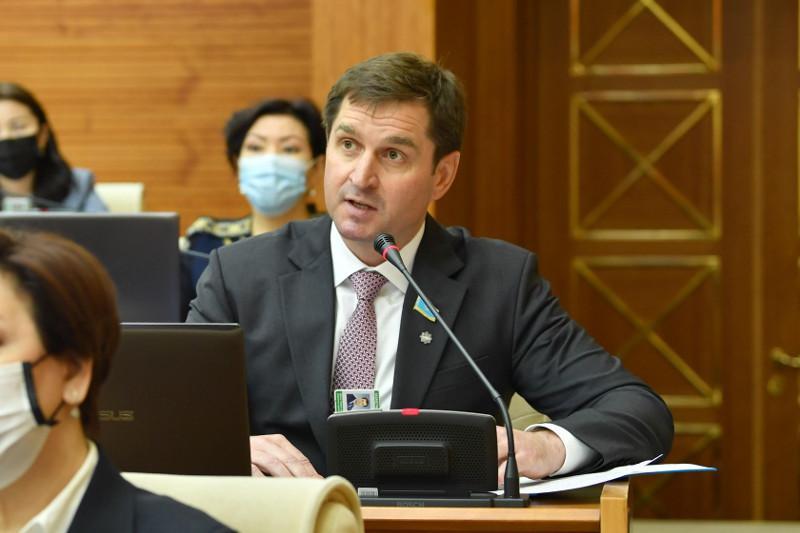