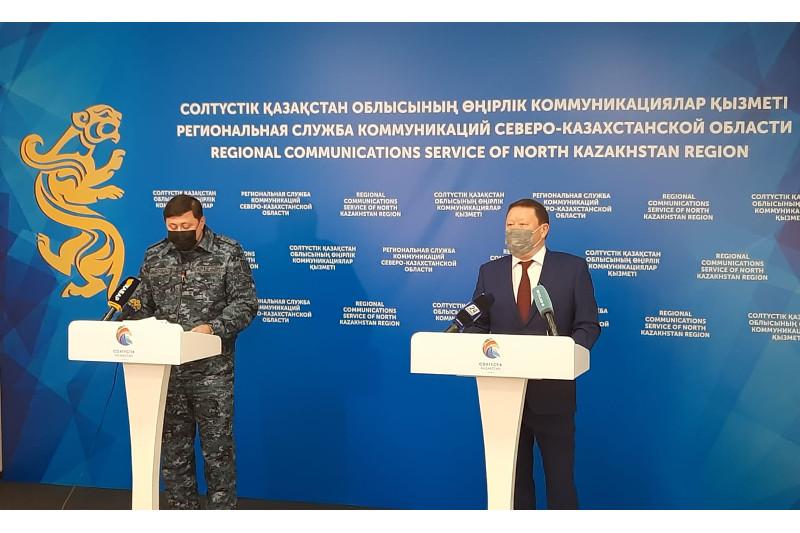 PETROPAVLOVSK. KAZINFORM Governor of North Kazakhstan Kumar Aksakalov told a briefing about the present situation in the region, Kazinform reports.

As of January 10, the situation in the region is stable. As compared to other regions there were no victims, no business entities, and state bodies were attacked.

He noted that all this is thanks to the understanding of the population.

All the state bodies work as usual. Food safety is provided.

The Governor added that internet services will return for longer day after day.

All the cash machines function in the region.

«The anti-terror operation is underway. The terrorism alert level is raised to ‘red’. The Kazakh President said that the regions with the stable situation would gradually lift the state of emergency,» the Governor said expressing the opinion that North Kazakhstan would be one of the first.

He stressed the need to treat with understanding the work done.

Cool weather to linger in Kazakhstan over next 3 days
News from dashboard.idealmedia.com
Popular