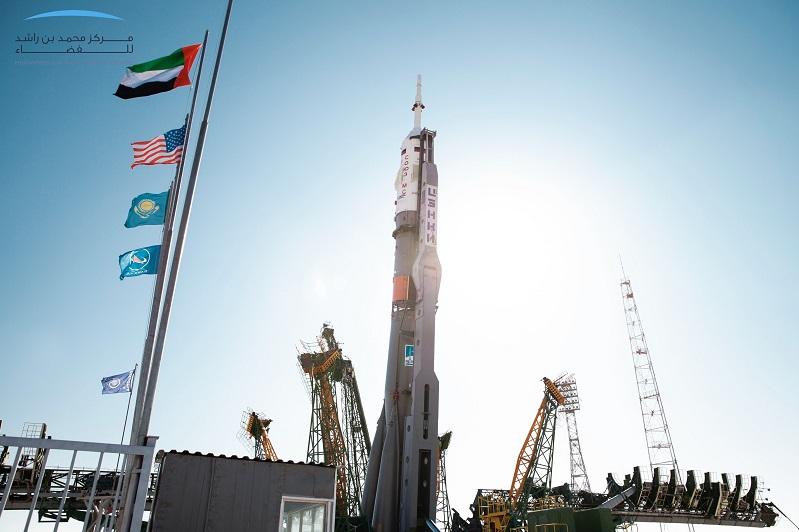 DUBAI. KAZINFORM The Mohammed bin Rashid Space Centre has confirmed the installation of the Soyuz FG on the Baikonur Cosmodrome Launch Pad No. 1, in Kazakhstan, in preparation for the September 25 mission, WAM reports.

The Soyuz FG will carry the Soyuz MS-15 spacecraft, in which Hazzaa AlMansoori, the first Emirati astronaut, will be launched to the International Space Station.

As per tradition, the Soyuz FG rocket was transported on rail from the assembly building in Baikonur Cosmodrome to launch pad No. 1, in the presence of a number of officials. The first phase of the installation took 10 minutes, in which it was lifted into position. 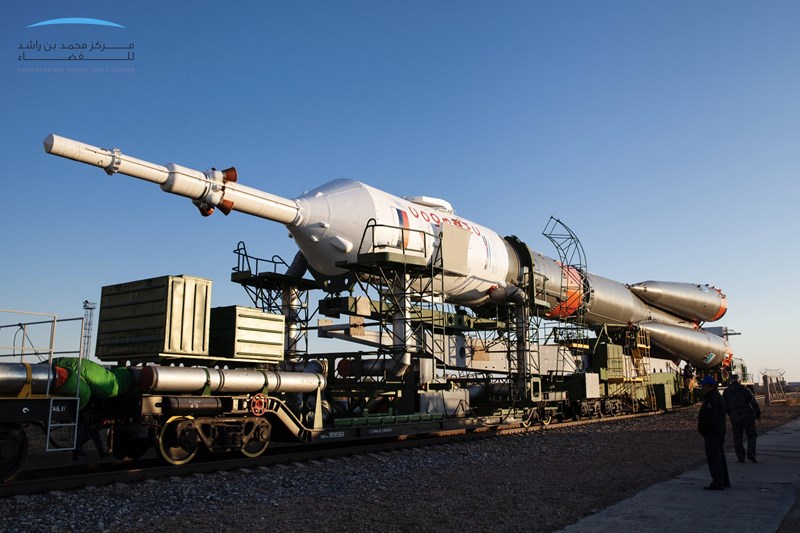 Baikonur Cosmodrome launch pad No. 1 is the same launch site where Russian cosmonaut Yuri Gagarin travelled to space onboard the Vostok 1 spacecraft, becoming the first man in space on April 12, 1961.

The Soyuz FG rocket was adorned with the UAE flag, along with the flags of USA and Russia, prior to its transportation to the launch site.

The Soyuz rocket was first launched in 1966. The launch system was developed by Korolev Rocket and Space Corporation Energia, and manufactured by the Progress Rocket Space Centre in Samara, Russia 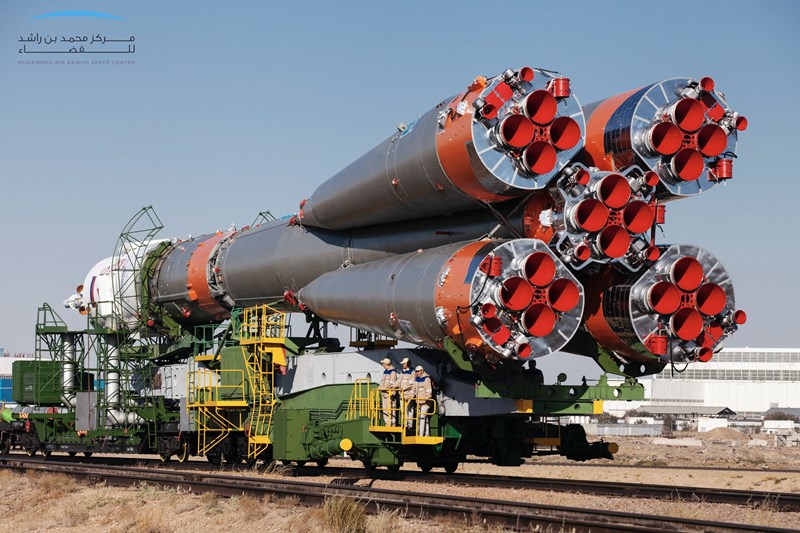 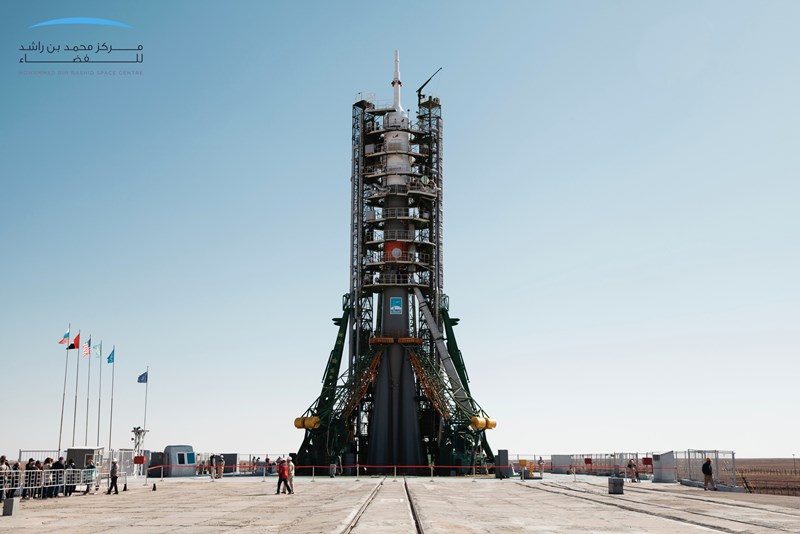