MADRID. KAZINFORM Spain on Sunday put a second region back into lockdown in 24 hours after a spike in Covid-19 infections.

Around 70,000 residents in the north-western region of La Marina in Galicia were ordered into quarantine after a new outbreak linked to several bars in the area, EFE-EPA reports.

Travel in and out of the region has been restricted and gatherings of more than 10 people have been banned for at least five days.

It came a day after Spanish authorities ordered around 210,000 inhabitants of the north-eastern province of Lleida in Catalonia back into confinement after a spike of infections.

Catalonian health minister Alba Vergés said the lockdown in Lleida could be extended for more than two weeks and that stricter restrictions were also an option if the situation deteriorates.

There have been 106 confirmed cases in La Marina, an area that includes 14 municipalities.

Most cases have been mild or asymptomatic with the average age of those infected 35 years, according to health officials. 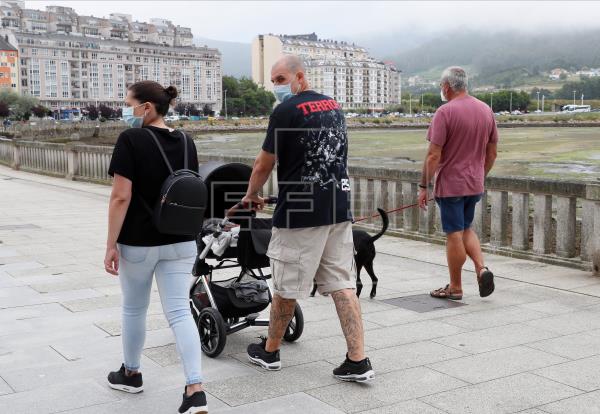 Galician health minister Jesús Vázquez Almuiña said the restrictions were reimposed to avoid «an exponential growth» of contagion in the area, which is a popular tourist destination among Spaniards.

He said at a press conference that the measures will take effect at midnight and have been imposed until Friday, two days before regional elections are due to take place.

The first cases were detected on 23 June in the municipality of Xove and anyone who had contact with infected people has been traced and tested, he added.

There have been 140 infections in the Lleida region in the last day, around half of 294 confirmed cases in Catalonia.

The number of hospital admissions in the area has tripled in the last 10 days with 49 coronavirus patients currently receiving treatment, including six who have been admitted to intensive care.

A field hospital has been constructed next to University Hospital Arnau de Vilanova in Lleida which will be used as an emergency waiting room for people with suspected Covid-19 symptoms.

Travel in and out of the region has been restricted, gatherings of more than 10 people have been banned in public and private and visits to nursing homes have been suspended.

The province in the north of Spain was one of the first to register new outbreaks of Covid-19, which have mostly been linked to seasonal farmworkers who have come to the area to harvest fruit during the summer season. 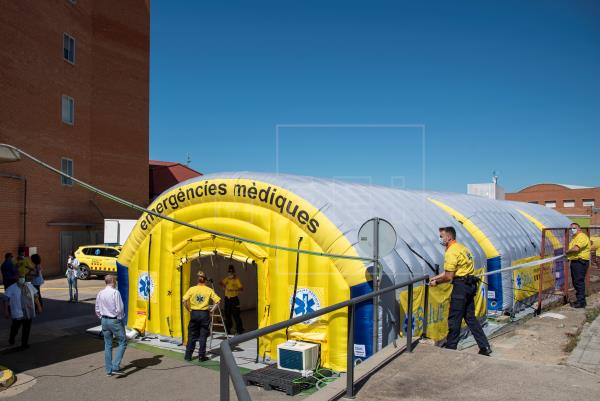 A total of eight hotspots have been identified with more than 4,000 confirmed cases, 356 of which were reported in the last week.

Spanish residents spent more than three months in lockdown under some of the strictest restrictions in the world, which ended in June, although social distancing and mandatory mask-wearing continue.

Authorities have reported more than 250,500 confirmed cases and 28,300 deaths across the country since the start of the outbreak.