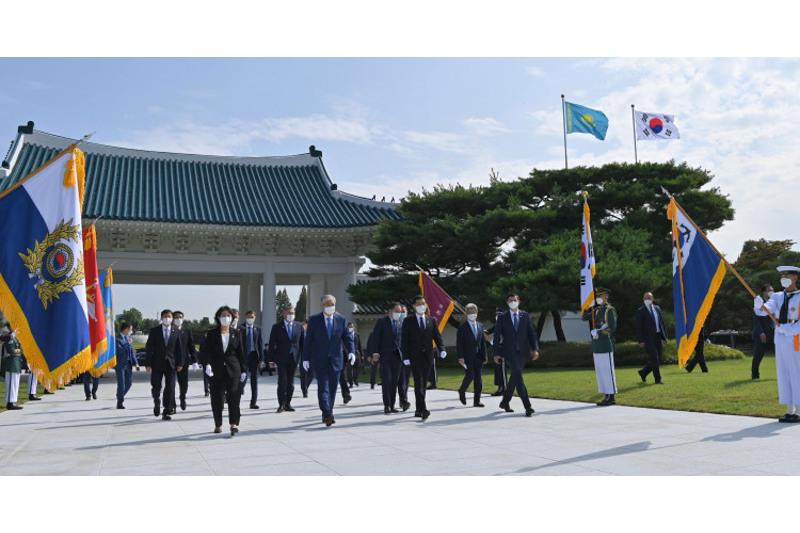 NUR-SULTAN. KAZINFORM – As part of his state visit to the Republic of Korea, Kazakh President Kassym-Jomart Tokayev took part in the ceremony of laying wreaths at the Seoul National Cemetery, Kazinform has learnt from the Akorda press service.

Kassym-Jomart Tokayev visited the Seoul National Cemetery and paid his respects to fallen Korean patriots. He paid a minute’s tribute of silence to the memory of fallen heroes and left his entry in the distinguished visitors' book.

Earlier it was reported that President of Kazakhstan Kassym-Jomart Tokayev arrived in Seoul with a state visit at the invitation of his South Korean counterpart President Moon Jae-in.

President Tokayev became the first foreign leader to visit the Republic of Korea since the start of the global pandemic. 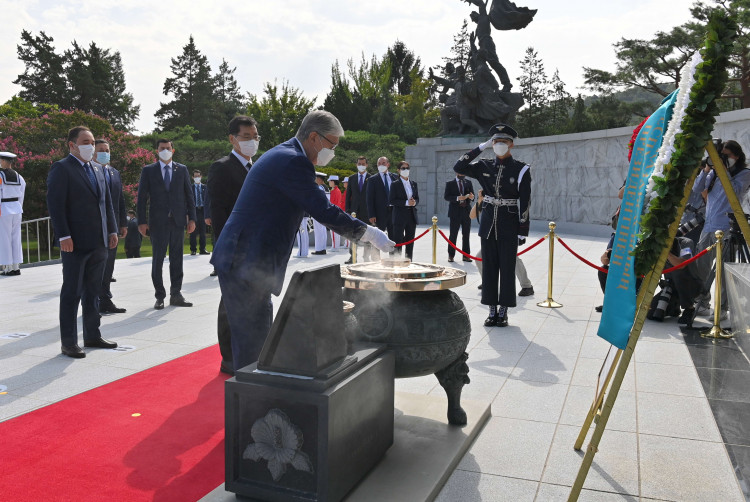 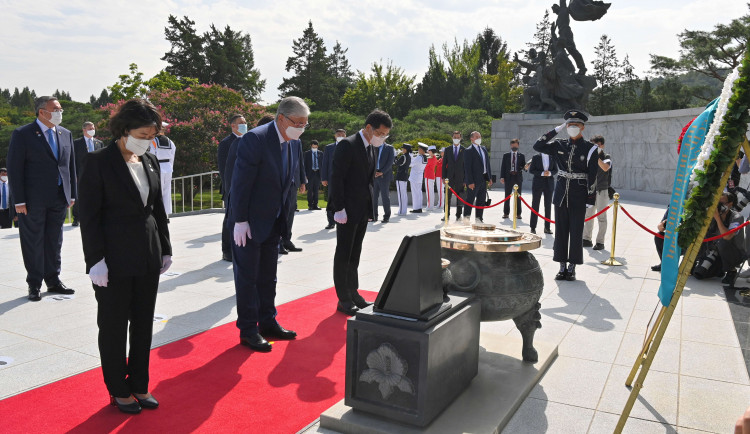 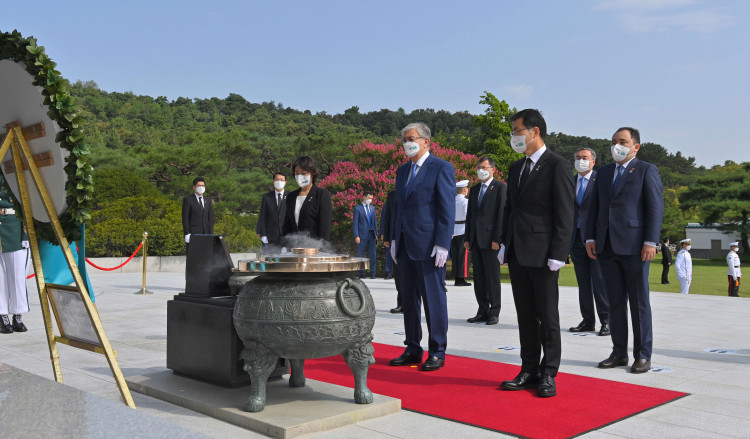 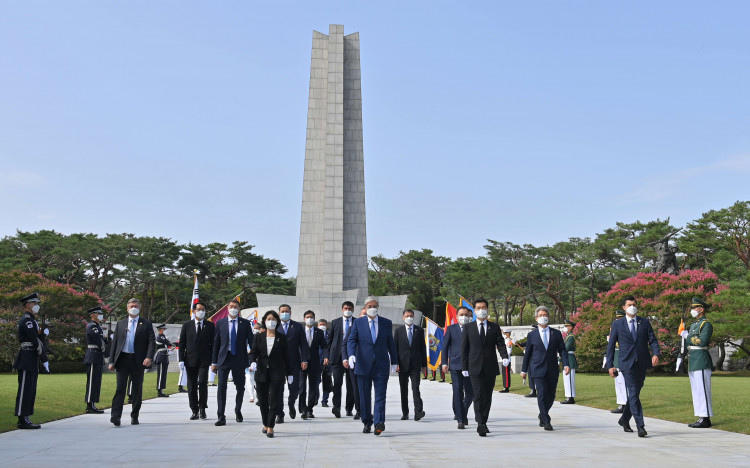 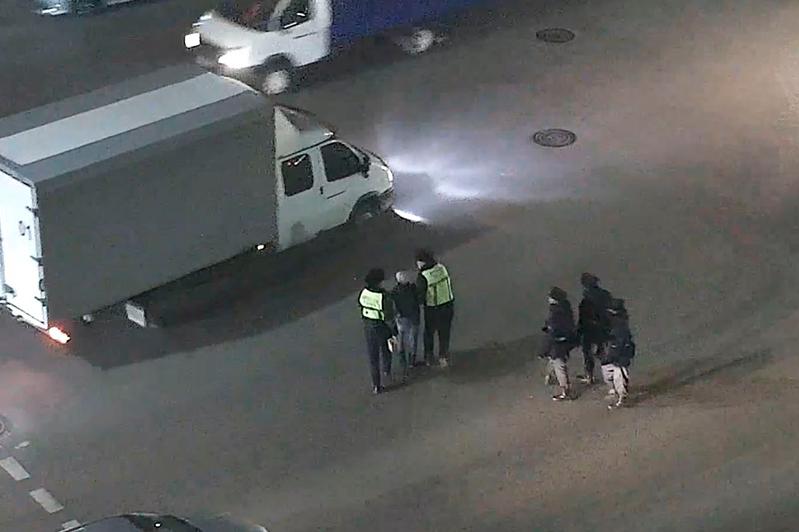 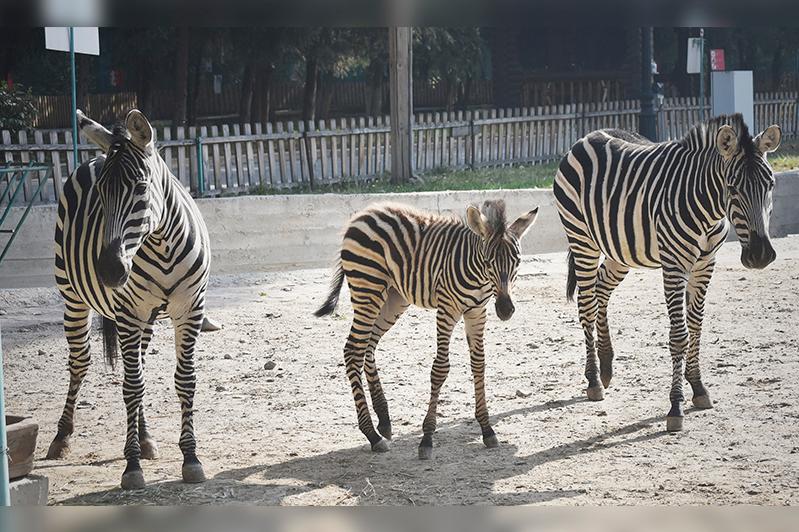 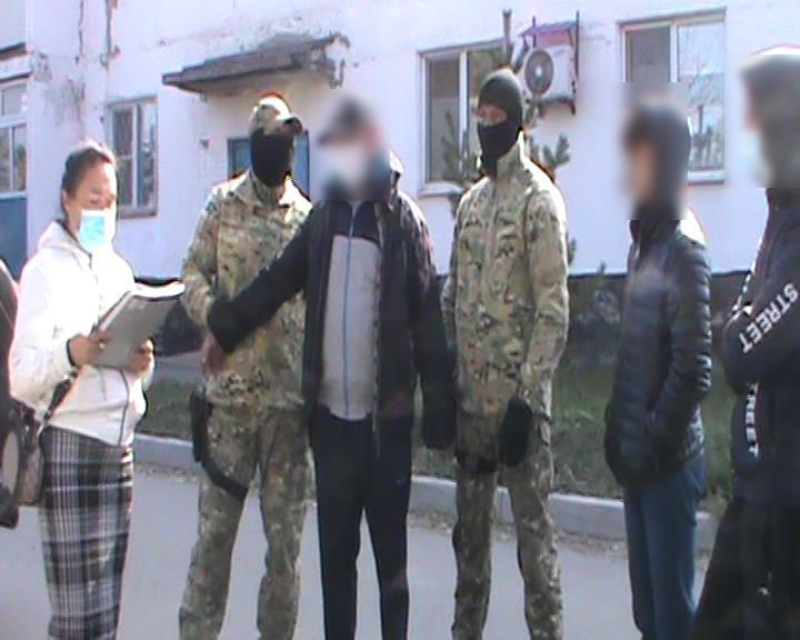 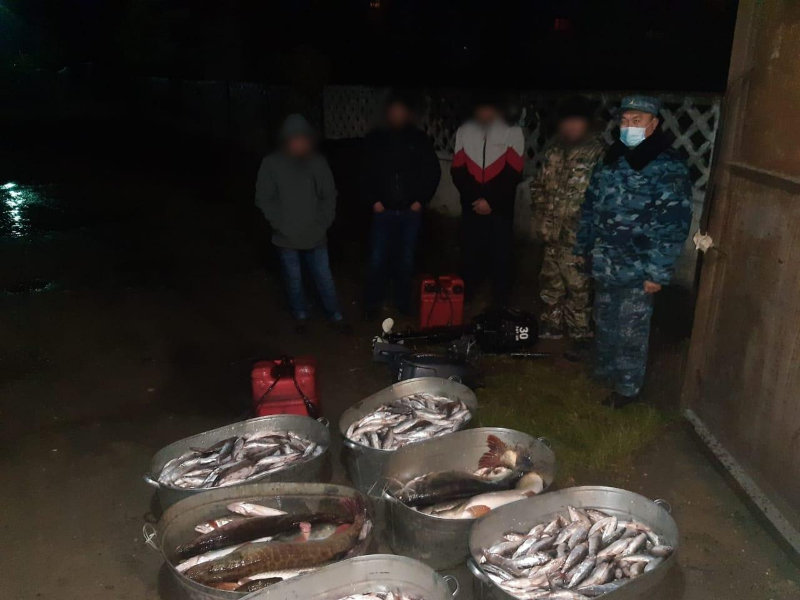 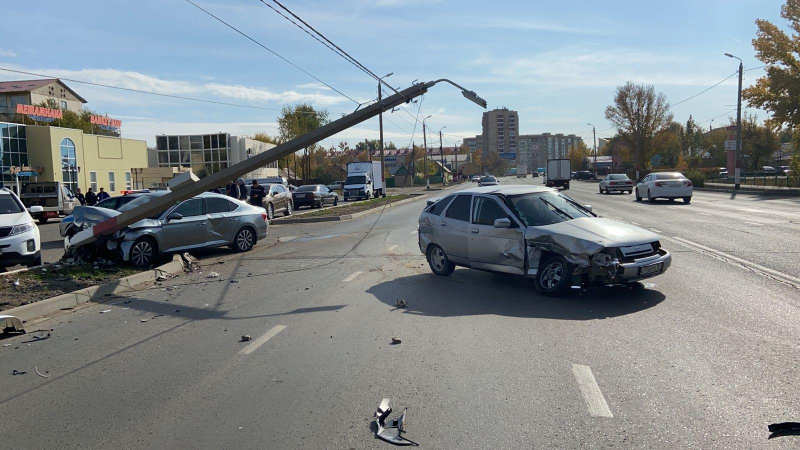 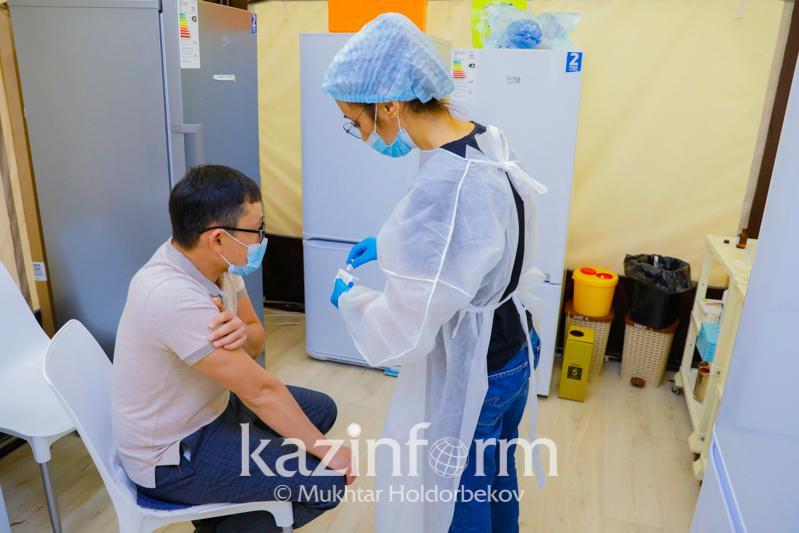