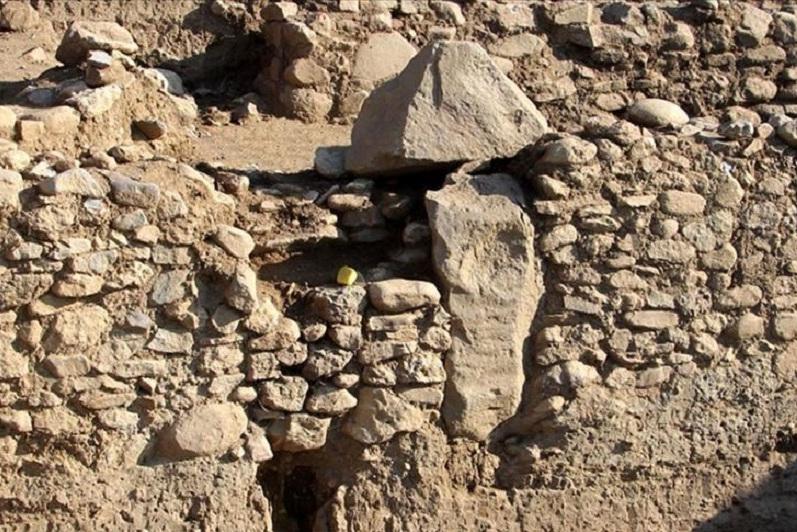 CANAKKALE. KAZINFORM - A monument believed to be around 8,000-year old was unearthed in northwestern Turkey, according to the head of an excavation team, Anadolu reports.

«During this years’ excavation work, we have found a structure that we believe dates back to around 6,000 B.C.,» Burcin Erdogu from Trakya University, archeologist and head of the excavation team, told Anadolu Agency on Thursday.

Excavations in the Ugurlu-Zeytinlik mound in the northwestern province of Canakkale’s Gokceada district had earlier unearthed a 7,000-year-old structure complex.

Erdogu said the new excavation will through lighter on the history of Gokceada, which dates back to 8,800 years.

«This structure is an important discovery both for the Aegean islands and western Anatolia,» she said. She added that the T-shaped monument is an obelisk – tall, four-sided tapering structure, ending in pyramidion.

It is made of two pieces, interconnected by seven-meter-long walls. It reminds standing stones in Gobeklitepe, an archeological site located in Turkey's southeastern Sanliurfa province.

Erdogu said it was the general thought that public structures, such as temples, were disappearing through the near East. «The monumental structures seem like part of an area where people gathered and held some activities and rituals,» she added.