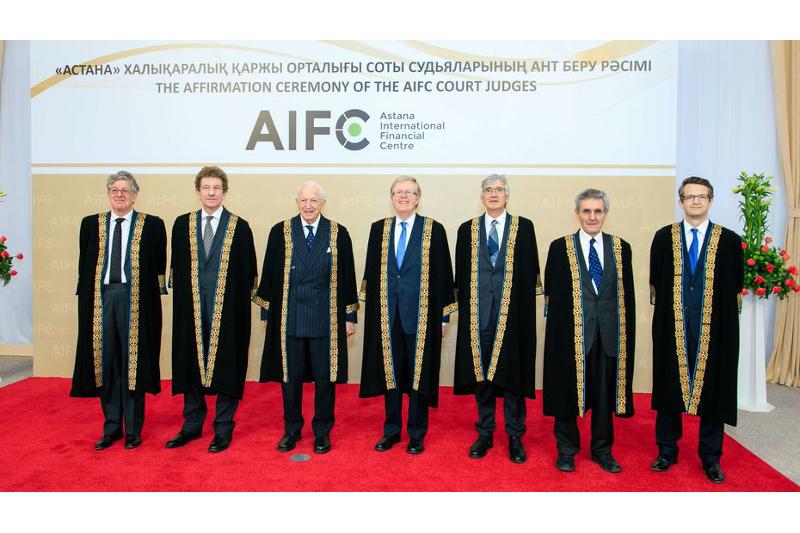 The chief judge is The Rt. Hon. The Lord Harry Kenneth Woolf CH, a crossbencher at the House of Lords of the United Kingdom, Deputy Chairman of All Party Groups of Rule of Law and Human Rights of the House of Lords (2015 to present), Supreme Judge - Chairman of the Courts of England and Wales (2000-2005), Non-Permanent Judge of the Court of Final Appeal of Hong Kong (2003-2012), President of the Qatar International Financial Center (2007-2012), Chairman of the Legal Committee of Financial Market of the Bank of England (2006-2009), Master of the Rolls of England and Wales (1996-2000), and Chairman of Astana International Financial Center since 2018.

AIFC is under the special common law based regime which regulates the relationship of the AIFC participants and interested parties targeted at development of the financial center. The law exercised by the AIFC is oriented to the principles, norms and precedents of the law of England and Wales and the standards of the world financial centers. The justice performed on the territory of the AIFC, which is based on the English law, will be executed by the independent court of the AIFC involving international judges and will be independent from the judicial system of the Republic of Kazakhstan.