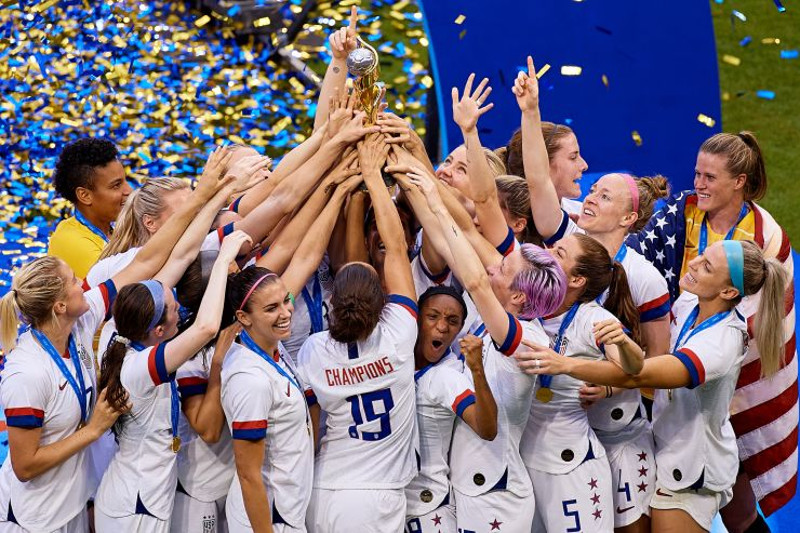 ANKARA. KAZINFORM The U.S. won the 2019 FIFA Women's World Cup, beating the Netherlands 2-0 in the final on Sunday.

The U.S. team broke the deadlock in the French city of Lyon in the 61st minute as their forward Megan Rapinoe converted the penalty successfully, Anadolu Agency reports.

Alex Morgan was fouled in the penalty box as a penalty kick were awarded to the U.S. after a VAR (Video Assistant Referee) review.
In the 69th minute, the U.S. doubled the lead against the Netherlands as midfielder Rose Lavelle made a vicious strike beating the Dutch goalkeeper Sari Van Veenendaal.

The consecutive goals for the U.S. disturbed the concentration of the Netherlands as the U.S. lifted the World Cup in France.
Rapinoe -- the player of the final -- won the Golden Ball and Golden Boot awards.

Following Sunday's victory in the final, holders the U.S. won their fourth Women's World Cup in history. During the France 2019, the U.S. scored 26 goals but conceded only three.