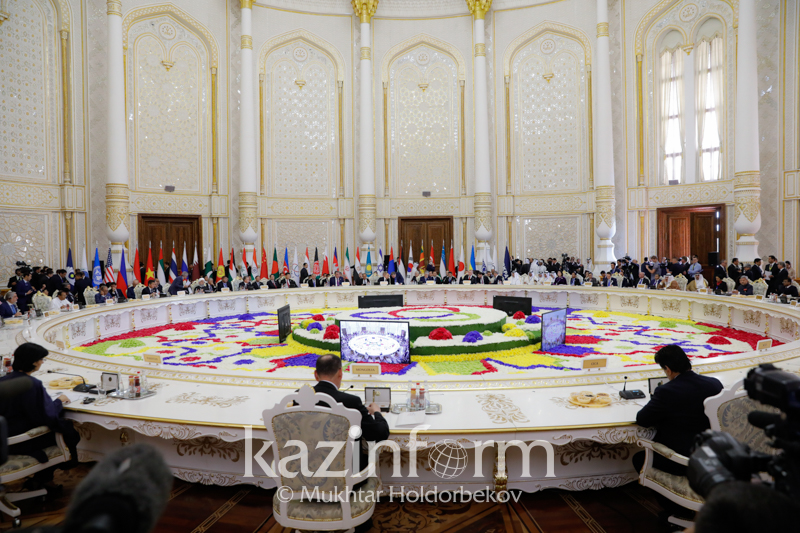 "The CICA Summit is a platform to debate important processes taking place in Asia and the world, consolidate efforts to timely responding to global threats and security challenges. For the past five years since the last summit lots of issues piled up demanding joint discussion," Tajikistan President Emomali Rahmon said inaugurating the forum.

The summit is being held at the Kokhi Navrus Palace.

More than 10 Heads of State take part in the CICA Summit.

The Conference on Interaction and Confidence Building Measures in Asia (CICA) was established on October 5, 1992 at the initiative of First President of Kazakhstan-Leader of the Nation Nursultan Nazarbayev at the 47th session of the UNGA.

CICA unites 27 states which cover about 90% of territory and population of Asia. 8 more countries and 5 international organizations, including the UN have the observer status.