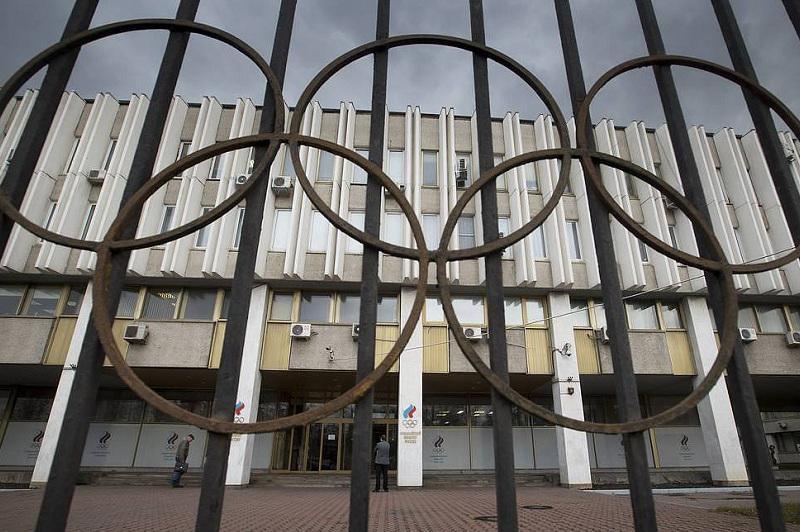 The recommendations are yet to be considered by the WADA Executive Committee in mid-December.

The recommendations apply to all major international events. The CRC suggests that Russian government officials or representatives may not be appointed to sit and may not sit as members of the boards or committees or any other bodies of any Code Signatory (or its members) or association of Signatories. Besides, they may not participate in or attend the following events to be held in the reported period, such as the Olympic Games and Paralympic Games (summer and winter), Youth Olympic Games (summer and winter), or any other major international sporting event. Moreover, top executives and members of the Executive Board/Governing Board of either the Russian Olympic Committee or the Russian Paralympic Committee may not participate in or attend any major sporting event staged during the four-year period.

In line with the recommendations, Russian athletes and their support personnel may only participate in major events staged in the four-year period if they are able to demonstrate that they are not implicated in any way by the non-compliance (i.e., they are not mentioned in incriminating circumstances in the McLaren reports, there are no positive findings reported for them in the database, and no data relating to their samples has been manipulated).

However, even if access to major sporting competitions is granted, an athlete will not be able to compete under the national flag and will have to wear a neutral uniform. Besides, the committee suggests prohibiting hoisting the Russian flag at any major event throughout the entire term of the disqualification.On top of that, the CRC suggests that Russia may not host, or bid for or be granted the right to host any major sporting event in the four-year period. If the right to host a major event has already been awarded to Russia, the committee recommends re-assigning it to another country, unless it is legally or practically impossible to do so.Also, Russia is prohibited from bidding to host major sporting events during the four-year period, regardless of whether the planned event is to take place during this period or later.A separate provision states that Russia may not bid for the right to host the 2032 Olympic and Paralympic Games, irrespective of whether the bidding takes place during or after the four year period.Database problemsA separate section of the document is devoted to inconsistencies found in the database of the Moscow Anti-Doping Laboratory, which Russia earlier handed over to WADA. Specialists from WADA were granted access to the database in January this year and copied 24 terabytes of information on Russian athletes’ doping samples collected between 2012 and 2015. WADA experts finished their work to retrieve doping samples from the Moscow Lab on April 30, having collected 2,262 doping samples in 4,524 containers (Samples A and B).The CRC said that the database was «neither complete nor fully authentic.» Among other things it says that although the 2019 copy of the Laboratory Information Management System (LIMS) database matches in many respects with the 2015 copy of the LIMS database provided to WADA by a whistleblower in 2017, «hundreds of presumptive adverse analytical findings,» as well as related underlying raw data and PDF files have been deleted or altered in the 2019 copy.It also says that some of those presumptive positive findings and related evidence were removed in 2016 or 2017, «after the general scheme to cover up the doping of Russian athletes was first revealed by Dr Rodchenkov» and then confirmed by Prof. Richard McLaren's investigation.Further alterations were made in December 2018 and January 2019, after the WADA ExCo imposed the data requirement, the CRC report says. According to the WADA statement, those who attempted to alter the data tried to conceal their actions in an attempt to make it appear that the database had been in the same state as in 2015.Besides, the report says that on or after 25 November 2018, but before 10 January 2019, someone in the Moscow Laboratory planted fabricated evidence into the LIMS database (purported messages between laboratory staff members), according to which the falsified entries in the Moscow LIMS database were introduced by Grigory Rodchenkov and two co-conspirators with an aim to extort money from athletes.Having analyzed the available information, the CRC concluded that «an extremely serious case of non-compliance with the requirement to provide an authentic copy of the Moscow data, with several aggravating features» had taken place.RUSADA status issueThe WADA Executive Committee will consider the recommendations at a specially convened meeting in Paris on 9 December 2019. RUSADA will have 21 days to appeal the decision in the Court of Arbitration for Sport (CAS).The WADA Executive Committee reinstated the compliance status of the Russian Anti-Doping Agency (RUSADA) on September 20, 2018 on condition that WADA experts would be granted access before December 31, 2018 to doping samples at the Moscow Anti-Doping Lab, which was sealed off in connection with a federal investigation.On September 23, 2019, WADA announced it had initiated a probe into the compliance status of RUSADA with the Code of the world’s governing anti-doping body based on the inconsistencies discovered in the data from the Moscow Anti-Doping Laboratory.

WHO reports one-day surge in coronavirus cases by over 284,000
News from dashboard.idealmedia.com
Popular