We have good relations with Donald Trump - Nazarbayev 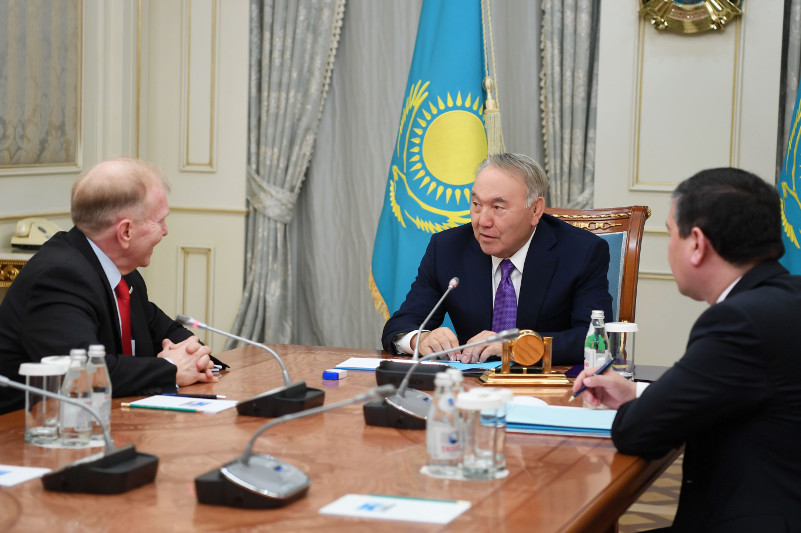 NUR-SULTAN. KAZINFORM Nursultan Nazarbayev has had a meeting with the U.S. Ambassador Extraordinary and Plenipotentiary to Kazakhstan William H. Mozer, Kazinform learnt from the press service of the First President of Kazakhstan.

The Leader of the Nation congratulated Wiliam Mozer on the beginning of his diplomatic mission in Kazakhstan and wished him success and achievements on the new post.

"In all these years our countries have built relations based on mutual trust and friendship. Kazakhstan has attracted big investments from the U.S. There are 420 active joint enterprises. My last year's visit to the U.S. during which I met with President Trump enabled us to create favorable conditions for further development of our cooperation," Nursultan Nazarbayev said.

In turn, William Mozer told about his first visit to Kazakhstan. He highlighted the country's impressive progress in building and positioning the capital city Nur-Sultan.

Besides, the Ambassador extended a letter from Donald Trump to Nursultan Nazarbayev in which he expressed support to the Leader of the Nation in his decision to resign and peaceful transition of power to a new generation of politicians.

"I have received a letter from President Trump. We have good relations with Donald Trump and I am ready to maintain these contacts. The U.S. is an important partner of Kazakhstan," said Nazarbayev.

Presidents of Russia, Uzbekistan and Belarus congratulate Nursultan Nazarbayev on his jubilee