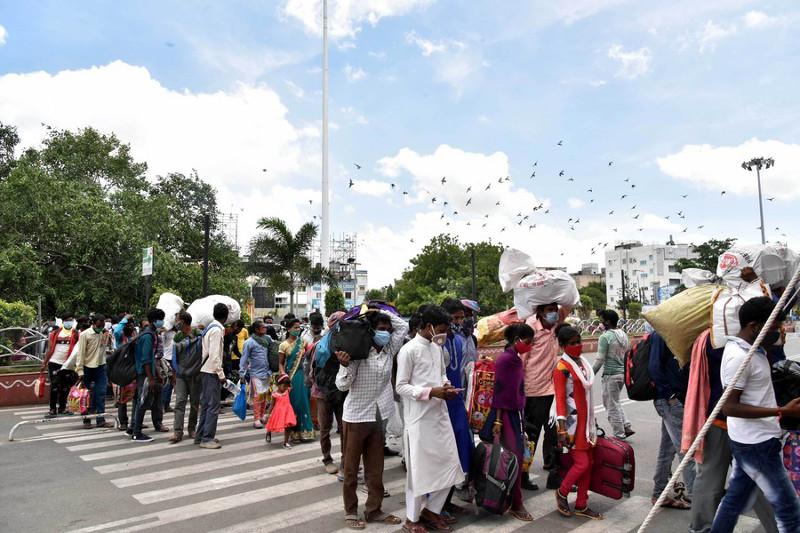 NEW DELHI. KAZINFORM Indian Prime Minister Narendra Modi said last week that the COVID-19 pandemic that had claimed over 280,000 lives across the country was rapidly spreading in its rural areas.

He urged people living in the countryside to take precautions, timely testing and medication if feeling ill, and in particular, a shot of vaccine in the arm, Xinhua reports.

Although Vinod K. Paul, a recognized Indian medical scientist and public health exponent, said Tuesday that «there is stabilization» and «the pandemic is shrinking» as active cases are going down while hospital discharges are going up, deaths are still growing, and villages, in particular, are plagued.

People living near the banks of the Ganga in the states of Uttar Pradesh and Bihar have been witnessing the ghastly sight of bloated and decomposing bodies in water and along the banks, where over 2,000 bodies were reportedly found.

Authorities appealed to people not to dump bodies to the water and intensified police patrolling along the riverbed to stop people from doing that. Uttar Pradesh government even issued full-page advertisements in all newspapers on Sunday, urging residents not to dump corpses in water while saying that 5,000 Indian rupees (68 U.S. dollars) would be given to anyone who cannot afford the last rites of their loved ones.

On Saturday evening, P. Chidambaram, a Congress opposition leader, said his party had independently cross-checked the reports of vernacular Gujarati daily regarding the government's under-counting of its COVID-19 deaths. He called on all states to release figures on the number of death certificates issued.

«We have a strong suspicion that the government of India, in conjunction with some state governments, is suppressing the true number of new infections and COVID-19 related deaths,» said Chidambaram.

According to the ministry, over 184 million people have been vaccinated so far across the country since the beginning of the vaccination drive on Jan. 16.

The majority of the beneficiaries have received only one dose of the required two, and experts say most of the testing and vaccination centers have been set up in urban areas or towns.

An Indian government panel has recommended widening the interval between two doses of anti-COVID-19 COVISHIELD vaccine to 12-16 weeks from four to eight weeks due to the shortage of vaccines, the second time in three months such interval has been widened.

«First, it was 4 weeks for the second dose, then 6-8 weeks, and now we are told 12-16 weeks. Is this because there are not enough stocks of the vaccines for all who are eligible or because professional scientific advice says so?» another leader of the Congress Jairam Ramesh wrote on social media.

In a country of over 1.3 billion people, estimates say 65 percent live in rural areas.

In the recently held Uttar Pradesh panchayat (village council) polls, a teachers' association claimed it has lost over 800 teachers.

Those teachers had been deployed to organize elections. They returned from poll duties and carried the deadly virus back home, and infected their family members.

«The news that pandemic was killing people made us apprehensive, but my mother kept on telling us that she would lose her job in case she refuses to join the poll duty,» said Divya Singh, who was mourning the death of her 48-year-old mother, Sarita.

Sarita, who was deployed to help with the election in India's largest state, took a poll training in mid-April with other teachers. India had already begun registering a global record spike in daily infections by then.

Once coming back to her village -- Manikapur in Unnao District, Sarita felt unwell. Her condition deteriorated, and her family drove her over an hour to the nearest hospital in Kanpur, Uttar Pradesh's largest city.

«We took her to two separate hospitals but couldn't get her admitted to either because she hadn't had a COVID-19 test as only positive patients were being admitted,» Divya said.

«On May 3, we had managed to get her tested but by then she was put on an oxygen cylinder that we had managed to secure from relatives living in the city. Unfortunately, she died the next day at home and her COVID-19 test results only came back the day after.»

Sarita was COVID-19 positive, according to her test report.

Following her death, Sarita's family isolated themselves at home. Her husband and younger son have been told they are COVID-positive too.

The other three members in the family -- her daughter, her eldest son and daughter-in-law -- are showing symptoms.

In fact, the extent of COVID-19's wrath in rural India is not fully known while testing and medical care are deemed scarcer there, given a nationwide shortage of hospital beds and oxygen.

Director-General Tedros Adhanom Ghebreyesus said that WHO was responding to the COVID-19 surge in India and shipped thousands of oxygen concentrators, tents for mobile field hospitals, masks and other medical supplies.

China is also reaching out a helping hand.

On Sunday, the Delhi airport received a jumbo charter off from China's Hangzhou «with the biggest-ever single consignment of over 3,600 oxygen concentrators from China,» according to local media outlets.

Since April, China has supplied more than 5,000 ventilators, 21,569 oxygen generators, over 21.48 million masks and around 3,800 tonnes of medicine to India, Chinese Ambassador to India Sun Weidong said in a tweet on May 4, citing statistics from the General Administration of Customs of China.

«Thank you very much for saving thousands of lives, we treasure your support,» tweeted Himadrish Suwan, operation director of the Indian Institute of Governance and Leadership. 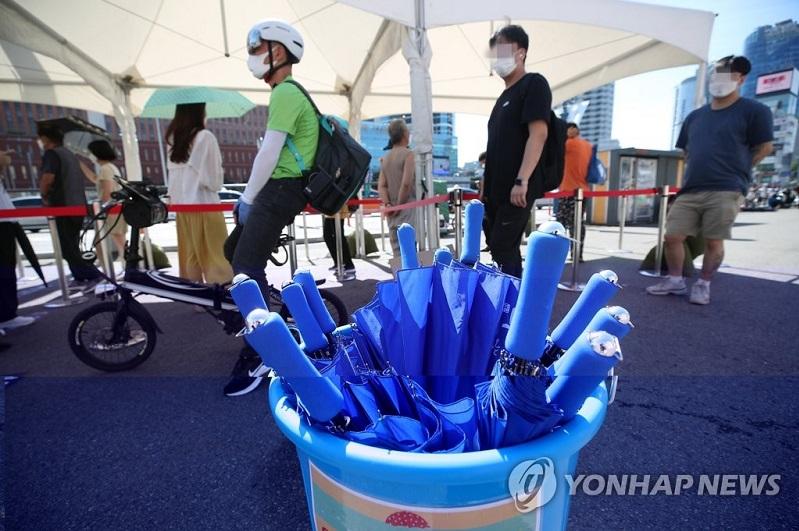 Over 2,700 people beat COVID-19 in Kazakhstan
News from dashboard.idealmedia.com
Popular